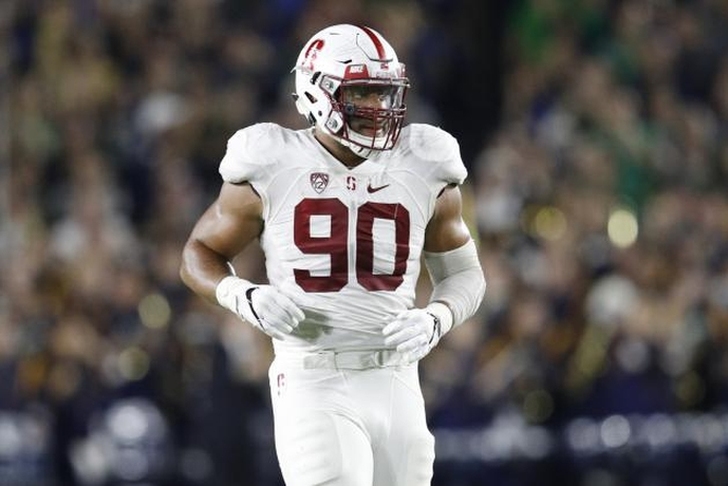 The Chicago Bears are expected to pick a defensive player with the No. 3 overall pick in the NFL Draft, and they may have a chance to draft a player that many didn't think would be available.

Stanford defensive end Solomon Thomas has been projected to be taken by the 49ers with the No. 2 pick, but with San Francisco now expected to take either Reuben Foster or Leonard Fournette, Thomas should be on the board. If the draft does play out that way, Chicago may very well take him, according to ESPN's Jeff Dickerson

The Bears didn’t send defensive coordinator Vic Fangio out to Stanford’s pro day for his health. There is no way the Bears take a defensive player that high without Fangio feeling good about it. Remember, Fangio was a big believer in Leonard Floyd prior to the Bears moving up to take him ninth overall last year. I’m not saying Fangio is the ultimate decision-maker, but he needs to be completely on board if Chicago invests the third overall pick in a defensive player.

Stanford head coach David Shaw and Fangio worked together at the school under Jim Harbaugh in 2010. The NFL is all about connections. The Bears should have an excellent feel for what Thomas is all about. Thomas cannot be written off at No. 3, if he makes it past San Francisco.