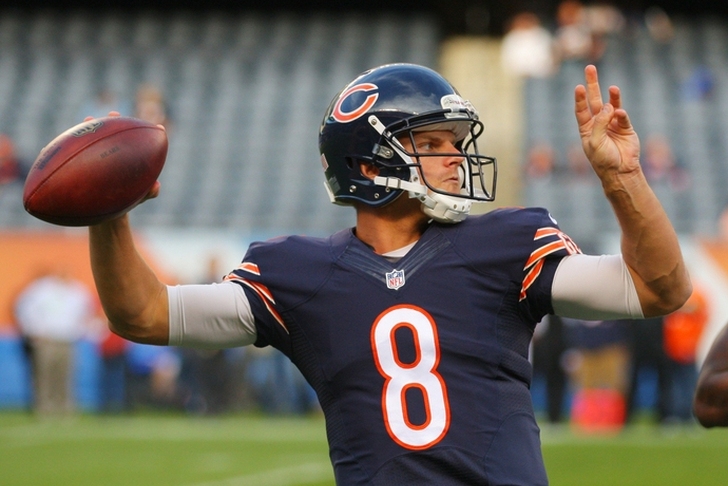 The Chicago Bears cut QB Jimmy Clausen Monday to make room for QB David Fales, who was on the practice squad. Fales will now be the backup to starter Jay Cutler.

Clausen played in two games and started one in place of an injured Cutler earlier this season, but didn't play very well. He completed 23 of 40 passes for just 184 yards, a pick and a fumble.

Clausen was a second round pick by the Panthers in 2010. He started 10 games for the Panthers his rookie year and struggled. He completed 52 percent of his passes, throwing just 3 touchdowns against nine picks. He was on the Panthers' roster for the next three seasons, but didn't play.

Teams had expressed interest in Fales, which is what prompted the Bears to promote him from the practice squad. He was a sixth round pick by the team in 2014, but has yet to play in a regular season game.

Head coach John Fox said the team might try to add another QB to the practice squad to replace Fales.

“Like a big part of our roster, we’re looking at young guys,” Fox said. “We’ll look for a practice squad guy to bring on to the practice squad (at quarterback). But that has not been done at this point.”

Clausen could end up finding his way to Baltimore, where his old coach Marc Trestman is the offensive coordinator. The Ravens need a QB after Joe Flacco tore his ACL.