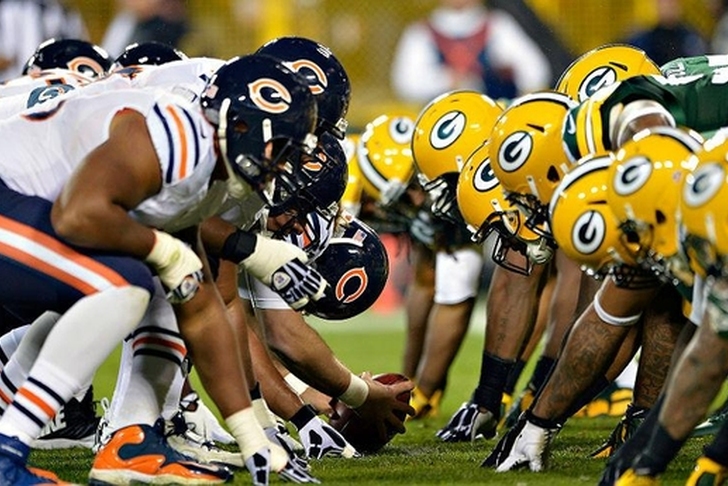 The Chicago Bears held off the Green Bay Packers for a 17-13 win Thursday night. The Bears defense had one of their best efforts of the season, forcing two key turnovers and keeping the Packers from scoring on their last drive. The Bears are now 5-6 and still in the NFC playoff hunt. The Packers drop to 7-4, having lost four of their last five contests.

The Packers had the ball inside the 10-yard line with less than a minute to play, but were unable to score. Green Bay turned the ball over on downs as Aaron Rodgers was unable to cap the comeback effort.

The Packers running game was sharp, as Eddie Lacy carried the load. He racked up 105 yards on 17 carries, while the Packers as a team had 177 rushing yards. He was also one of Rodgers' favorite targets, catching four passes for 34 yards and a TD. He also had a fumble that later resulted in points for the Bears.

The Bears ground attack was solid, as Matt Forte and Jeremy Langford helped the Bears pick up 101 yards and a TD on 31 rushes. WR Alshon Jeffery was Cutler's favorite target. He caught seven passes on 11 targets for 90 yards.

The Bears host the San Francisco 49ers next week in a winnable game. The Packers travel to face the Detroit Lions a team that upset the Packers two weeks ago.