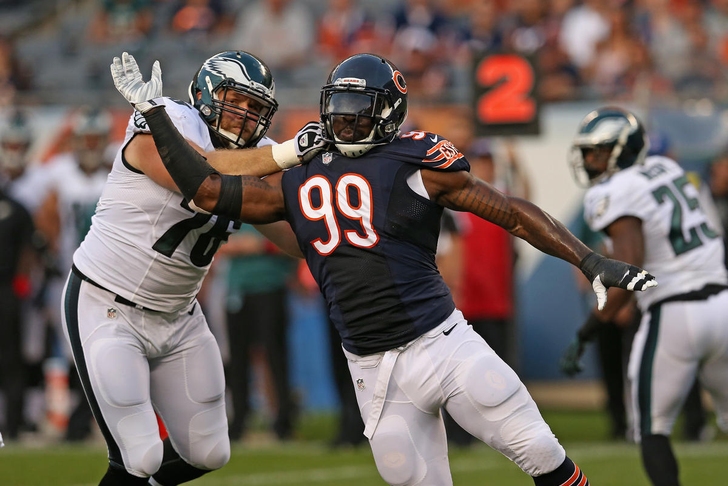 The Chicago Bears have had a nightmare of a season so far, and a 51-23 loss to the Patriots on Sunday dropped them to 3-5 on the year.

During that blowout loss, defensive end Lamarr Houston thought it would be a good idea to celebrate sacking New England's backup QB Jimmy Garappolo with his team down 25 points. Turns out, it wasn't.

Bears DE Lamarr Houston tore his ACL and is out for the year.

That was Houston's first sack in his first season as a Bear after playing his previous four in Oakland. He also has 11 tackles and one fumble recovery this year.