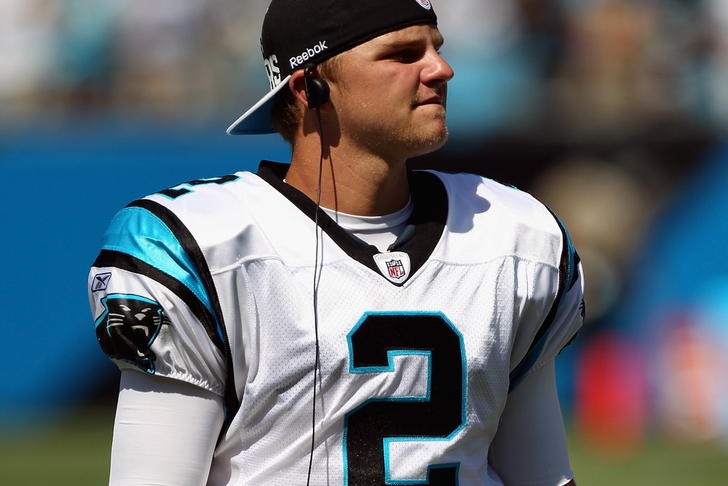 In today's Bears news update, the Chicago Bears' backup quarterback job which seemed to be sewn up before the signing of veteran free agent Jimmy Clausen on Thursday. Now, not so much.

According to Michael C. Wright of ESPN.com, "Jordan Palmer appeared to be the front runner to seize that gig. But for undisclosed reasons, he participated only in the individual portion of the club's last session of organized team activities, which were open to the media. Two days later, the Bears bring in Clausen for a workout at Halas Hall and make the decision to sign him."

What does Jimmy Clausen have in his arsenal that could possibly make him the favorite come training camp?

"First off, Clausen produced a strong workout for Trestman and the club's scouting staff," writes Wright in an article posted on Saturday. "The way Clausen tossed the pill -- with a tight spin and good accuracy -- gave pretty much everyone in attendance confidence the quarterback is fully healthy after undergoing shoulder surgery last September to repair a torn right labrum suffered during the 2013 preseason finale against the Pittsburgh Steelers."

If Clausen is indeed healthy, it could be a big-time competition at backup QB up till and through the preseason.