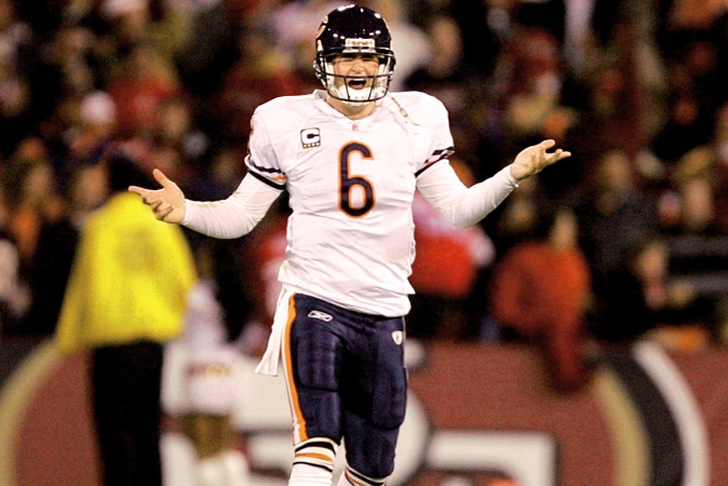 In today's Bears news update, Chicago Bears quarterbacks coach Matt Cavanaugh is enjoying what he is seeing from starting quarterback Jay Cutler during the 2014 NFL offseason.

Per Michael David Smith of Pro Football Talk, Cavanaugh, currently in his second years with the Bears, is absolutely floored by the work Cutler is putting in to evolve in head coach Marc Trestman's offensive scheme.

“I’ve seen incredible progress,” Cavanaugh told CSNChicago.com, via Smith's article on Saturday. “When we got in here last year and evaluated him we had a real good conversation with him about certain things that every quarterback should do. We said, ‘Jay it might not be natural, but we want you to try it.’ And he did. To his credit, he’s taken every suggestion we’ve given and he’s embraced it. From how he holds the ball to how he lines up in the ‘gun pre-snap to how he drops back, to his throwing base to his follow-through. Every little fundamental we’ve talked to him about, he’s embraced, and it’s like night and day.”

With a massive financial investment in Cutler, his growth in Trestman's offense is a welcome sign for a team looking to ascend to the top of the NFC for years to come.