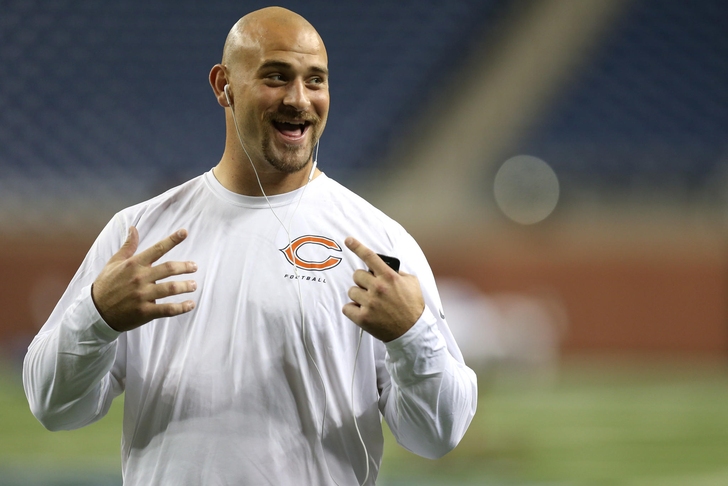 Kyle Long has just officially been nominated as the nicest guy currently active on an NFL roster.

According to Ross Jones of FOX Sports, "when Bears offensive guard Kyle Long learned that one of his 76,000 followers on Twitter had been bullied, his natural instincts took over."

Rather than just sending the boy a heartfelt message or a signed ball, Long went the extra mile -- setting up a day to hang out with nine-year Andrew Oyston, along with offering himself some extra protection when he needed it most --

“I had reached out to Kyle on Twitter and told him that my son had been bullied on the bus at school and he was having a hard time dealing with it,” Andrew's father, Frank Oyston stated to  FOXSports.com. “And Kyle replied, ‘Hey, I’ll come ride the bus with him.’”

Frank's father set up a day for Kyle Long to hang out with his son, which ended with Kyle playing arcade games with young Andrew at Chuck E Cheese followed by a game of catch at the family's home:

Bravo, Kyle. And bravo to you too, Andrew.