The 5 Toughest Games On The Chicago Bears' Schedule 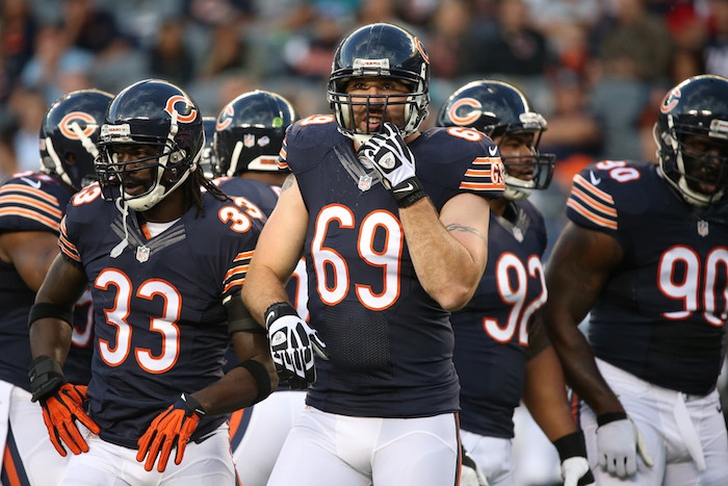 The Chicago Bears have a tough road ahead of them in their quest to make it back to the NFL Playoffs next season. These are the 5 toughest games standing between the 2015 Bears and a postseason berth:

Here’s a sneaky entrant on our list. The Cardinals defense is an absolute machine from front seven to secondary and they make any contest a slog in the mud. The Cards’ offense hinges on Carson Palmer’s health, but the defense is enough to place Arizona in this mix.

Green Bay will be on a mission to get to the Super Bowl this year after they lost the NFC Championship Game in devastating fashion, and they'll be looking to make a big statement in the first game of the season.

Going up against a determined Peyton Manning at any time during his likely NFL swansong is going to be one heck of a challenge, but add in a young, inexperienced secondary and you have a recipe for a doozy.

Just four days after facing the Broncos, the Bears have to travel to Lambeau Field to face the Packers on Thanksgiving night. Chicago couldn't defend Green Bay last year when they had a week to prepare - who knows what will happen when they have just three days.

The defending NFC Champs always seem to kick it into an extra gear once they get a couple of games under their belts - especially at home. Chasing Russell Wilson, Jimmy Graham, and Marshawn Lynch all over CenturyLink Field is going to be a tall task.