The 3 Biggest Draft Needs For The Chicago Bears In 2015 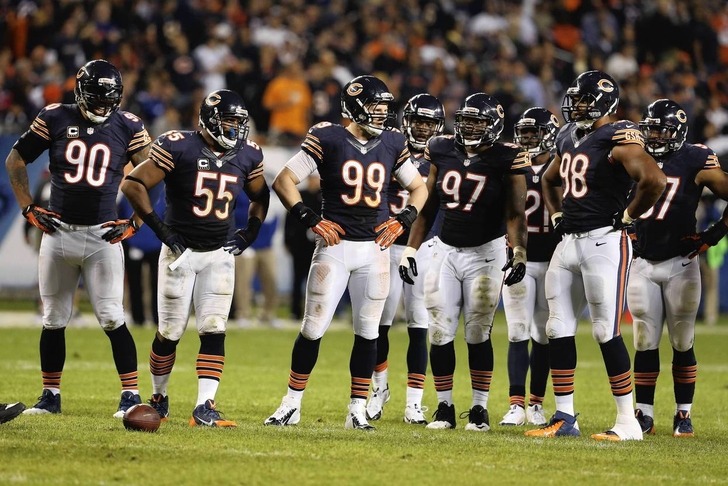 Jay Ratliff got almost zero hype this year, but he was actually one of the better defensive tackles in the league in 2014. Behind him and Stephen Paea (a free agent this Spring), though, there wasn't much, and the Bears need to get better and younger on their defensive line if they want to get back into playoff contention.

The Bears will be in a tricky position - they pick 7th, and the three can't-miss line prospects - USC's Leonard Williams, Mizzou's Shane Ray and Nebraska's Randy Gregory - will all be gone by then. Keep an eye on Michigan State's Shilique Calhoun, Texas' Malcom Brown and Baylor's Shawn Oakman as potential low-risk, high-reward targets.

Cornerback Tim Jennings had a decent year, but no one else in Chicago's secondary was anything to write home about. The Bears got torched through the air in 2014 (they ranked 30th out of all 32 NFL teams in passing yards allowed), and this needs to be a major priority if things are going to be any different next year.

Don't be surprised to see the Bears take Alabama's Landon Collins with their first-round pick - most scouts we've talked to agree that Collins is the best safety in this draft, and he could fill a need AND be the best player available when Chicago's pick rolls around.

The Bears ended 2014 painfully thin at the linebacker position, and teams were able to exploit Chicago all year on the ground and over the middle. ILB Jon Bostic was profoundly average - Pro Football Focus gave him a rating of exactly 0.0 (PFF ratings generally range from 30 (great) to -30 (godawful), but can go as high as 107.5 for J.J. Watt or as low as -42.2, in the unfortunate case of Oakland's Miles Burris).

Lance Briggs is a free agent, and at 34, Chicago can't count on him being around long-term even if they can get him to re-sign. Bostic is just 23 and has plenty of room to grow, so we'll assume he sticks around...but the Bears wouldn't lose much by getting rid of the rest of his supporting cast.

If Chicago takes a linebacker early, Clemson's Vic Beasley (OLB) and Miami's Denzel Perryman (ILB) are probably the two players with the best odds of helping right away. Both could fall to the second round, so if the Bears can fill another need in the first and snag one of these two in the second...that's a pretty nice haul.

...oh and for everyone wondering why quarterback wasn't on this list? The Bears are committed to seeing what Jay Cutler can do under a different coach before they send him to the curb, and his obscene contract makes him nearly impossible to move if they wanted to cut ties. While Chicago could take a prospect in the later rounds, there's been zero indication that they'll take a QB early...even though it might have felt like a very pressing need last season.