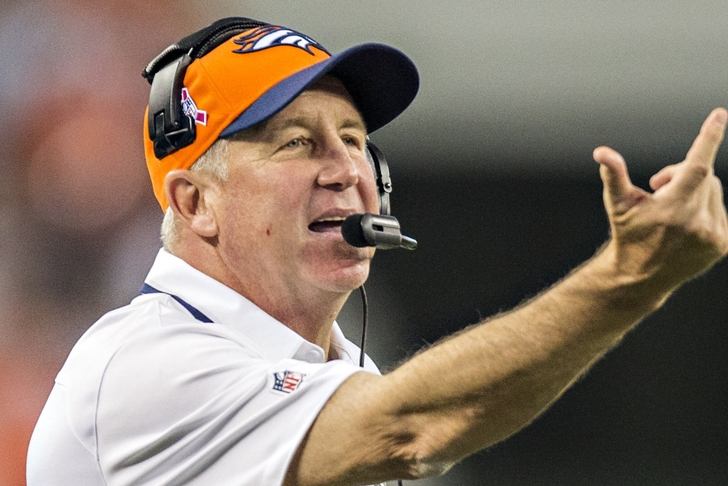 John Fox and the Denver Broncos "mutually parted ways" on Monday, just a day after the Broncos were knocked out of the playoffs by the Indianapolis Colts. Fox has wasted no time in trying to find new work, and is expected to interview with the Chicago Bears about their head coaching vacancy.

New Bears GM Ryan Pace is being helped in his coaching search by former Giants general manager Ernie Accorsi, who had Fox as a defensive coordinator in New York.

Pace is now the NFL's youngest general manager, and the Bears front office would like to pair him with a veteran coach of Fox's caliber. It doesn't hurt that Fox's football philosophy is very similar to Pace's goal of bringing the organization back to its defense and ball-control roots.

The Chicago Bears fired Marc Trestman once the regular season ended after just two years on the job.

Follow out Chicago Bears team page for all the latest Bears news and rumors!