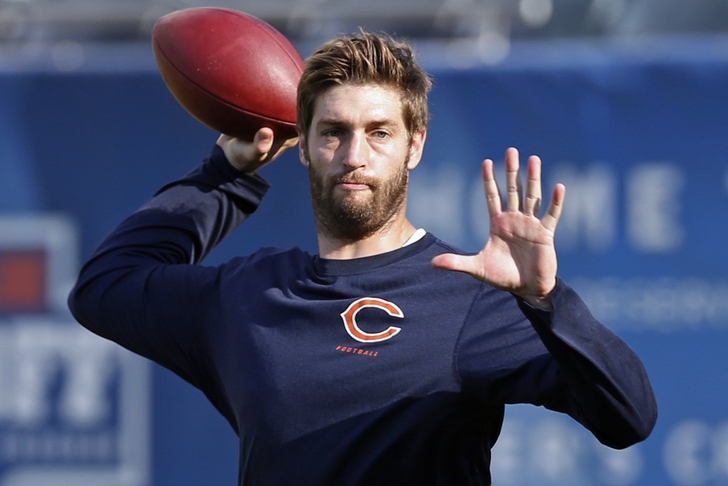 In today's Bears news update, Chicago Bears starting quarterback Jay Cutler has bulked up over the offseason in an attempt to increase his ability to sustain the physical punishment inherent to being an NFL QB.

"Jay has really worked hard in the offseason, and he has always been a hard worker in his conditioning and his training, but he has really amped it up," Bears head coach Mark Trestman said in a radio interview, via Rich Campbell of the Chicago Tribune. "He’s bigger, he’s stronger than a year ago, and he has really focused on staying physically well for the entire season. That’s No. 1 — we’ve got to keep him standing, keep him safe. And we see the improvements he’s made in working on different issues in his mechanics, and I think he’s feeling very comfortable back there in Year 2."

Jay Cutler missed five games last year and failed to complete two others due to injuries incurred from hits. This included a groin injury (one game) and a left ankle sprain (four games).

"I thought that we took pretty darn good care of him," Trestman stated, after the Bears went from 27th in sacks allowed in 2012 to fourth last season. "I think he would agree. We’re going to try to do better this time around, but we’re trying to get rid of those things. I can’t speak for the past; I can only speak for the past as recent as last year. It was really a unique, awkward injury that he had. Hopefully we can get him through safe and get him to play a 16-game season. I know that’s predominant on his mind."

"If we can keep him safe and healthy, we feel like we can be in every game."