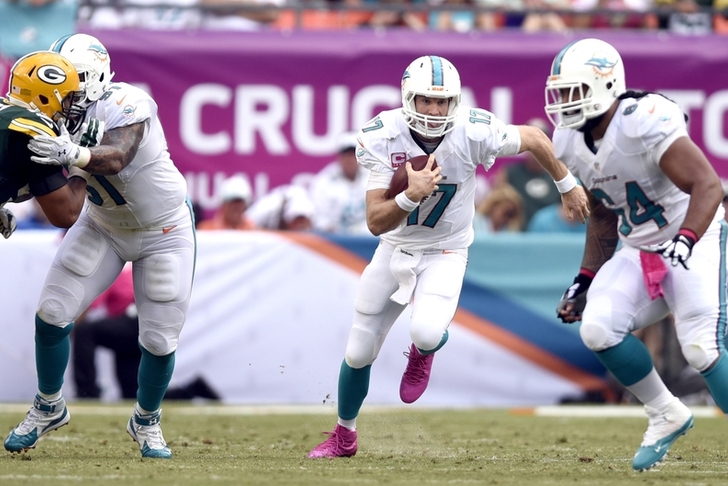 The Chicago Bears fell behind early against a Dolphins team that came out firing after a last second loss to Green Bay last week.

Ryan Tannehill was sharp, picking apart the Bears' secondary and building a lead that Chicago never caught up with.

Facing a fourth and one from the Chicago 39 yard line late in the third quarter, the Dolphins picked up 30 yards on Tannehill's quarterback keeper, setting them up for another touchdown a few plays later.

That extended the lead to 21-7 and gave them enough breathing room to hold on for the win.

Ryan Tannehill completed 25/32 passes, including 17 of his first 18 pass attempts on the day.

Matt Forte - The Bears offense didn't get much going in this one, but Forte was still locked in, scoring two touchdowns and racking up 109 total yards.

Tannehill was on point, leading the offense efficiently as he threw just seven incompletions on the day. He also led the Dolphins in rushing yards.

The Bears head to New England to face the Patriots, while the Dolphins will face in-state rivals the Jaguars.