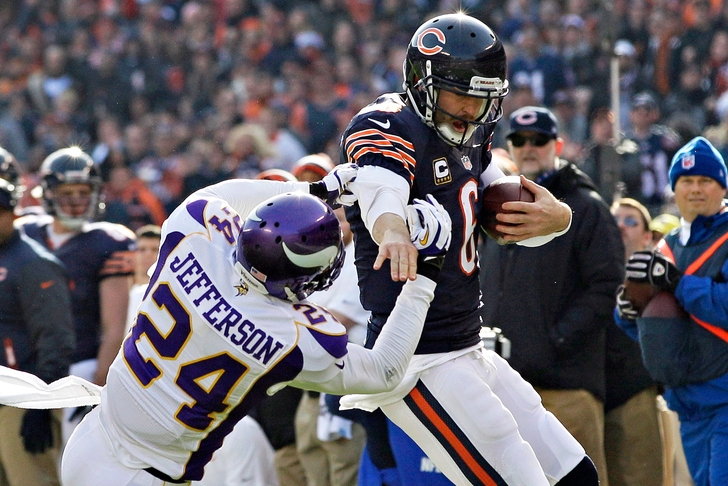 The Bears hung on for a close win over the Vikings in a must-win game, as Jay Cutler came alive for his best effort of the season.

Alshon Jeffery and Brandon Marshall both had huge games, as Chicago produced 469 yards of offense.

Turning Point: Trailing by three points in the third quarter, Cutler found Brandon Marshall for a brilliant 44-yard touchdown that gave the Bears their first lead of the day.

Marshall hauled in another touchdown in the fourth to help extend the Bears lead.

Key Stat: Bears' receivers Jeffery and Marshall scored in the same game for just the second time this season. Combined, they have scored

The Bears needed Cutler to step up amid some criticism of his recent play, and he did just that, turning in one of his best performances of the season.

Vikings MVP: It was a wonder that Minnesota was even hanging around in this game with the lack of offense, but a long fake punt helped set up an early touchdown.

Only receiver Charles Johnson had over 50 yards of offense among Minnesota' skill players.

The Bears host the Tampa Bay Buccaneers, while the Vikings head home to host the Green Bay Packers.