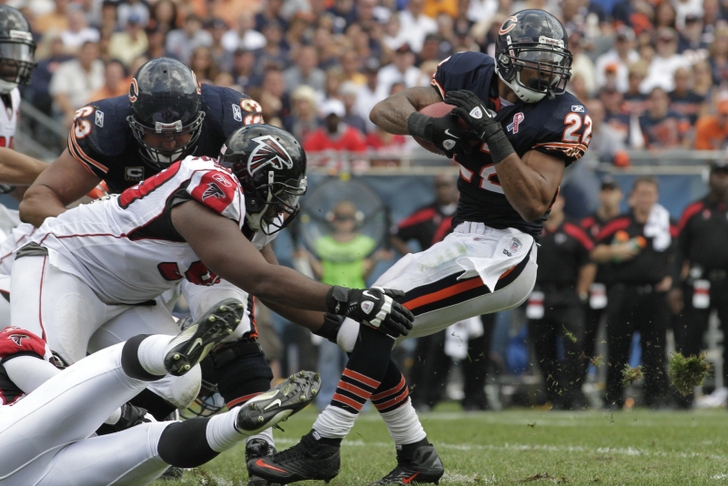 The Chicago Bears needed a win after blowing a lead against Carolina last week. Despite being shorthanded defensively, the offense was able to put up enough points to pull out a victory.

Turning Point: Up by six early in the fourth quarter, the Bears marched 87 yards in 8:28 and punched in a Matt Forte touchdown to extend their lead to 14. Atlanta didn't have enough time to rally from that deficit.

Key Stat: The Falcons scored zero fourth quarter points for the fourth consecutive game. Their last fourth quarter score came on a touchdown against Cincinnatti back in Week 2.

Bears MVP: Jay Cutler - In what became an almost must-win game for Chicago, Cutler came up with his best performance in quite some time. He threw for 381 yards and a touchdown, completing 26/38 passes.

Falcons MVP: This high-powered Falcons offense continues to show inconsistency. No one had much of a standout game, although running back Antone Smith secured four catches for 64 yards and a touchdown.

The Bears host the Miami Dolphins, with the Falcons heading to Baltimore to face the Ravens