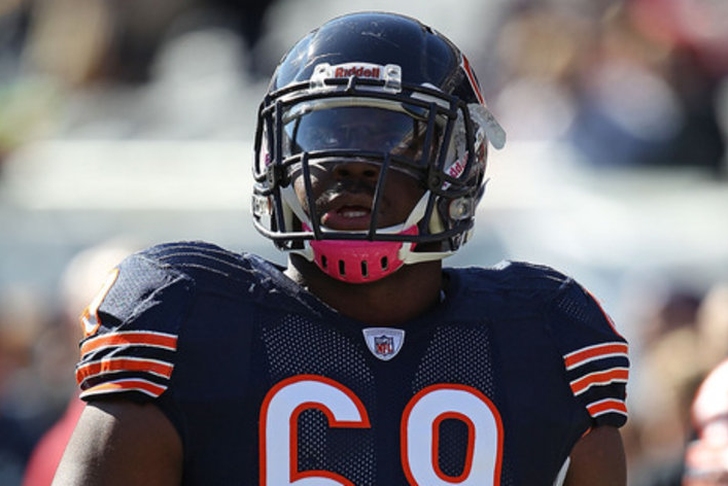 Bears DT Henry Melton was taken off the field on an injury cart after hurting his left knee in Sunday Night's game against the Pittsburgh Steelers. The 2012 Pro-Bowler had already recovered a fumble at the time of his injury.

The fourth-year player out of Texas looked in serious pain while leaving the field. It was immediately indicated that he would not return, and given the nature of Melton's injury (his knee twisted under him after he got tangled up with a Steelers offensive lineman), the prognosis isn't good.