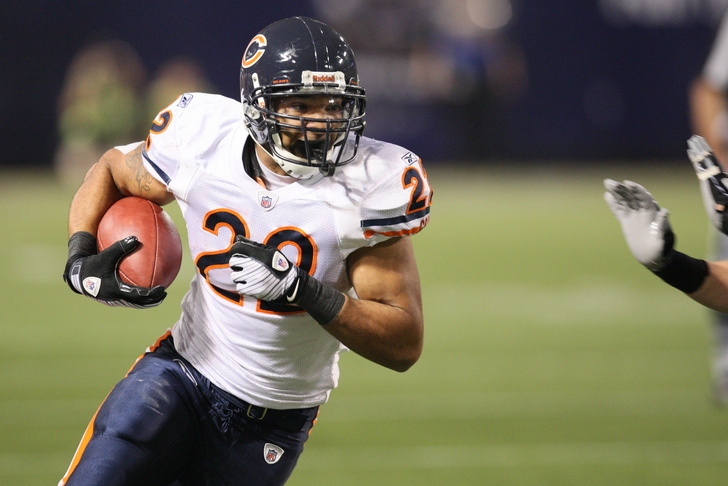 QB Geno Smith and the New York Jets (1-1) looked to rebound after a tough loss to Green Bay in Week 2, as they played host to a confident Chicago Bears squad (1-1) coming off a big win in San Francisco.

Here's what we saw in the first half, with the Bears going into the locker room up 17-13:

Mundy Night Football: Ryan Mundy's third career interception was a big one, as he stepped in front of an ill-advised throw by Jets QB Geno Smith just two plays into the game. Mundy would have 45 yards of daylight to work with, as he streaked into the end zone to make it 7-0 just over 30 seconds in. It was a haymaker of an opening statement by the Chicago Bears defense, and it served to silence a raucous Meadowlands crowd for a moment.

Jets' Mistakes Keep Coming: After the Jets' defense forced a punt on a Bears three-and-out just a few minutes later, another New York mistake reared its ugly head. This time it was a muffed punt return by Jalen Sanders that ended up in the hands of Bears gunner Ahmad Dixon.

Three plays later, the Bears' Jay Cutler found TE Martellus Bennett in the back of the end zone with a seven-yard TD strike. The Jets? They were left stunned down 14-0 less than five minutes into the game.

Geno Smith Rolls, But The Jets Settle For Kicks: Save one near interception on third-and-five from the Chicago 10, Geno Smith was close-to-perfect on the Jets' next two drives. Smith was 9-of-10 for 119 yards on those two possessions, including an impressive 41-yard heave to rookie TE Jace Amaro.

The Jets would be unable to finish, however, as two Nick Folk field goals (sandwiching a Robbie Gould chip shot for Chicago) would make it 17-6.

Geno Smith would take full advantage just three plays later with a crowd-igniting 19-yard TD pass to WR Jeremy Kerley. New York had closed an initial 14-point game to 17-13 with just a few minutes left in the half.

Brandon Marshall's Ankle Is Cause For Concern: After facing major limitations during practice last week with an injured ankle, the Bears' star WR was forced to limp off the field in the second quarter with a reaggravation of the injury. The Bears initially listed his return as probable, but downgraded him to questionable just a few minutes later.

A Late Turnover Goes For Naught: After a review, an initial call of a sack on Jay Cutler was reversed to a sack and a fumble that was subsequently recovered by the Jets at midfield. The trouble with that was the Jets would have likely picked up a defensive touchdown, had the play not first been blown dead.

Following that, the Bears' pass rush would harass Geno Smith mercilessly to force a three-and-out, allowing Chicago to hold on to a four-point lead at the break by their fingertips.