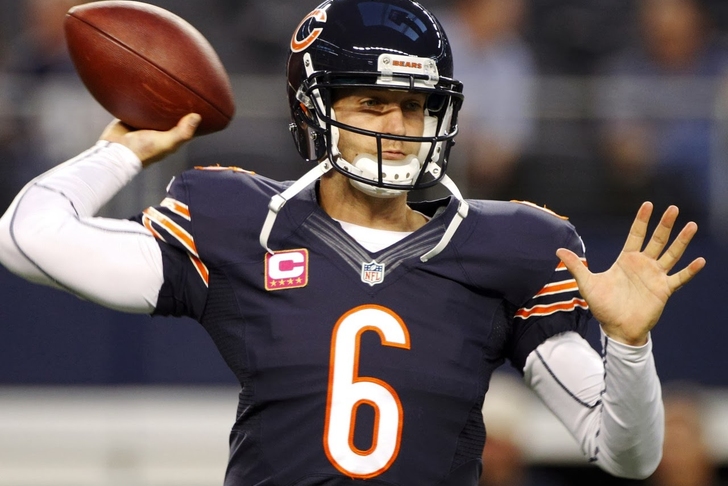 Chicago Bears quarterback Jay Cutler is a right-handed quarterback. We just thought we'd let you know in case you thought this next left-handed duck was from his actual throwing hand.

The referee who received a left-handed Cutler pass straight to his crotch during Sunday's game against the Atlanta Falcons hopes that Cutler sticks to being a righty from now on.

Thanks to SBNation for the GIF.