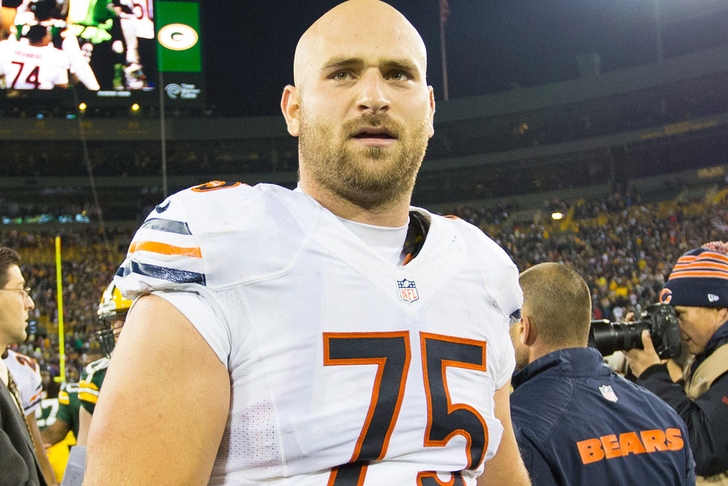 Kyle Long had some choice words for Bears fans at Soldier Field during Sunday's loss to the Miami Dolphins.

He claimed it was "unacceptable" for the fans to boo the home team when they were down 14-0 at halftime, and was also critical of what he perceived as a lack of noise from the crowd whenever Miami's offense faced third down.

"As somebody that is blood, sweat and tears in this locker room like the other guys, the coaches, the trainers, the staff and the equipment guys, to be getting booed at home when you're walking off the field down two possessions is unacceptable -- especially when there is not a lot of noise being made on third down [when Miami had the ball], period," he said.

The Bears fell to 0-3 at home on the season with the loss, which dropped their overall record to 3-4.

"If I go see a bad movie, I boo," he said. "It's an entertainment business. We are all entertainers. If you go to a bad show, most people boo. I think they had the right to do that. If I want to boo at fans, I can boo at fans, or whoever it may be. They pay for their tickets, and the show wasn't up to their liking. If I go to a movie, I walk out if I don't like the movie. Like Transformers 3 -- it was terrible. I didn't stay for the whole film and walked out."

This criticism comes a week after Bears fans were praised for their passion after they were so loud in a road game against Atlanta that they forced the Falcons to use a silent count in their own stadium. However, no one can blame the people in Chicago for being frustrated with this team, which has expectations of making the playoffs.