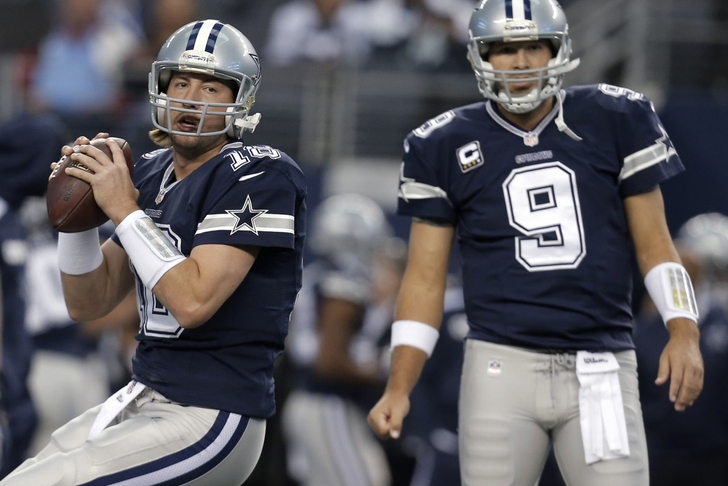 Here's a blast from the past for you Chicago Bears rumors fans out there -- could former Bears starting quarterback Kyle Orton find himself back in the Windy City as a backup?

According to several NFL sources, the Dallas Cowboys could be on the brink of releasing Orton, leaving a few pundits to speculate that the 31-year-old quarterback may wind up back in Chicago as Jay Cutler's emergency plan.

When asked if Orton's reunion was a feasible option for the Chicago Bears, NFL analyst Dan Pompei had this to say -- "I would say this would be unlikely, but I would not rule it out all together. Up to this point, the Bears have not shown much interest in a veteran backup quarterback as far as I know. It looks like they could be content to go with Jordan Palmer as the No. 2, with a developmental player to go along with him."

Pompei did add that "Orton previously has indicated a desire to come back to Chicago. So if Marc Trestman thinks Orton can give the team something they don't have, there could be something there."

Kyle Orton appeared in three games for the Dallas Cowboys in 2013, starting their Week 17 NFC East championship clash against the Philadelphia Eagles due to a season-ending injury to Tony Romo.