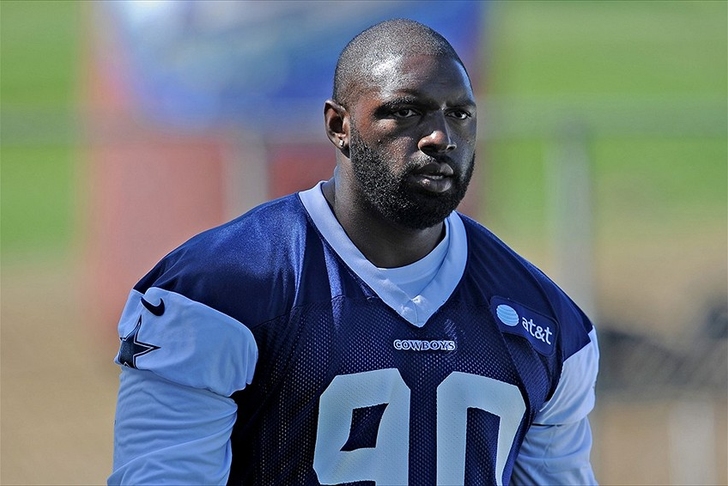 The Chicago Bears may be looking to bring in outside help to shore up their depleted defensive line - former Cowboys DT Jay Ratliff visited the team's Chicago facility on Wednesday, and there are strong indications that the Bears are close to offering Ratliff a contract.

Ratliff was released by the Cowboys after a dispute over Ratliff's recovery from a groin injury suffered early in the 2012 season. Ratliff hasn't played since the injury, but has been cleared by doctors and could play as soon as Week 11. While with the Cowboys, Ratliff was voted into four Pro Bowls, and was an All-Pro in 2009. The Cowboys signed Ratliff to a $40 million contract extension through 2017 shortly before his groin injury, and the Cowboys are still on the hook for $9 million of that money.

The player would be a perfect fit for a Chicago team that lost both DT Henry Melton and his backup Nick Collins to season-ending knee injuries. Currently, DE Corey Wootton has been filling in at DT, but signing Ratliff would allow Wootton to go back to his natural position.

Ratliff has also visited the Kansas City Chiefs, and has plans to visit with the Miami Dolphins as well before making a decision about where to continue his NFL career.

The Real Reason Why the Cowboys Released Jay Ratliff