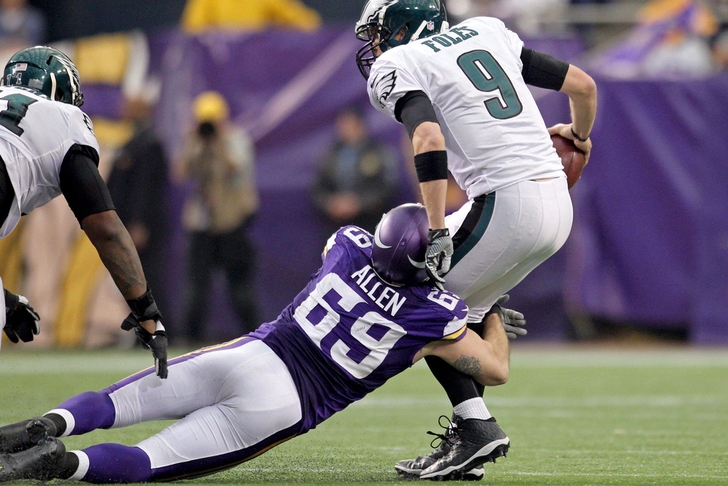 The land of Chicago Bears rumors is teeming with anticipation after the signing of potential future Hall-of-Fame defensive end Jared Allen earlier this morning.

As elated and stunned as Bears fans seem to be this morning, so to is the former Minnesota Vikings sack artist.

Per ESPN's Ed Werder, Jared Allen didn't receive notice that the Chicago Bears were legitimate players for his services until right before he signed to play on the Midway --

Text from Jared Allen, who says Bears came in at the last minute. Their $15.5M guarantee put him between DeMarcus Ware and Julius Peppers.

Despite the premature conjecture, Allen and his wife left the Seahawks offices without a contract. His agent released a statement shortly thereafter, saying that the 31-year old pass rusher would take the weekend to mull over his options.

From the looks of it, those options didn't include the revamped Chicago Bears defense until early today.

2013 marked the seventh straight year that Allen has eclipsed 11 total sacks (11.5). The newest Chicago Bears also continued to highlight his durability, appearing in all 16 of the Minnesota Vikings' regular season contests for the sixth straight year.