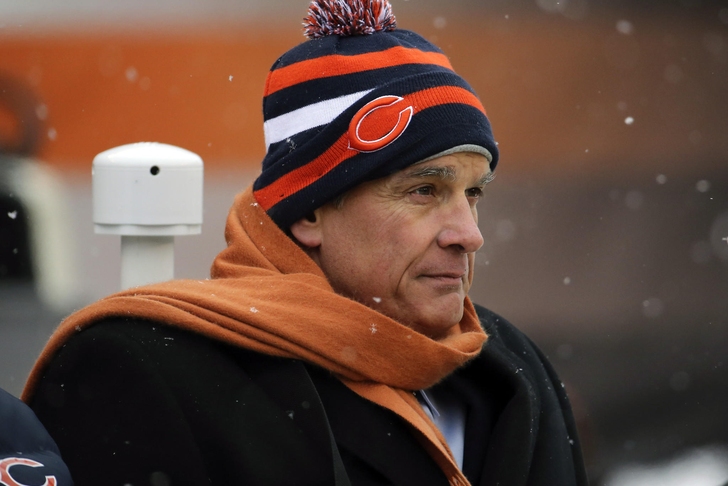 Emery spoke with reporters just outside of Lucas Oil Stadium in Indianapolis on Friday, and appeared to be marketing the Chicago Bears' 14th-overall pick to potential trade partners--

"It's always difficult to trade down unless you're willing to give up a lot of value, and we're not going to do that...We're going to make sure there's equal value. Unless we just see that that potential pick we're getting out of the deal is going to be in a significant spot where we can make some good out of it. The depth is good, especially on offense. I'm sitting here at 14, there are going to be some really good offensive playmakers on the board."

While the Chicago Bears GM is known for his offbeat sense of humor, his reasoning seems to make perfect business sense--try and attack several perceived weaknesses at once by attempting to land a package of draft picks for the Bears' 14th overall pick.

Phil Emery continued his possible salesmanship over the Chicago Bears' first-round pick by stating, "This is a deep draft in offensive playmakers, and I'm sure my peers recognize that."

Read up on Chicago Bears rumors before they become news. Follow our Bears team page today.