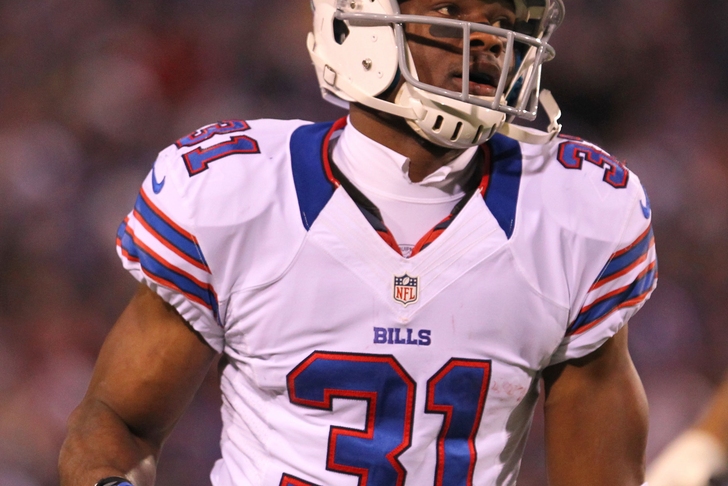 In Chicago Bears rumors today, the Bears may have the inside track on acquiring a 3-time Pro Bowl safety via free agency to sure up their secondary.

According to Elliot Harrison of NFL.com, the Buffalo Bills are still pontificating over whether or not to use their franchise tag on safety Jairus Byrd for the second straight year. However, the move would cost the Bills more than $8 million, and if Byrd's reaction to being franchised last year is any indication, it may end up being more trouble than it's worth.

If the Buffalo Bills make the decision to let Jairus Byrd walk via free agency, Harrison predictions the Chicago Bears and Washington Redskins to be major players for his services--

"Chicago and Washington would be great nests for Byrd. The Bears have been rolling with Chris Conte and Major Wright -- and if you watched Week 17's showdown versus Aaron Rodgers and the Packers, then you know upgrading the safety position would be a major plus for this team."

Harrison is partially referring to Chris Conte's missed assignment on Randall Cobb in the late stages of a 33-28 Week 17 loss to the Packers. The play resulted in a 48-yard 4th-down touchdown strike from Rodgers to Cobb and sealed the Green Bay Packers' NFC North championship while sending the Chicago Bears home wondering "what if?"

Jairus Byrd missed the Buffalo Bills' first five games of the 2013 season with planter fasciitis, but came back with a vengeance. He amassed 4 interceptions and a forced fumble in 11 games, earning his 3rd Pro Bowl appearance of his 5-year career.