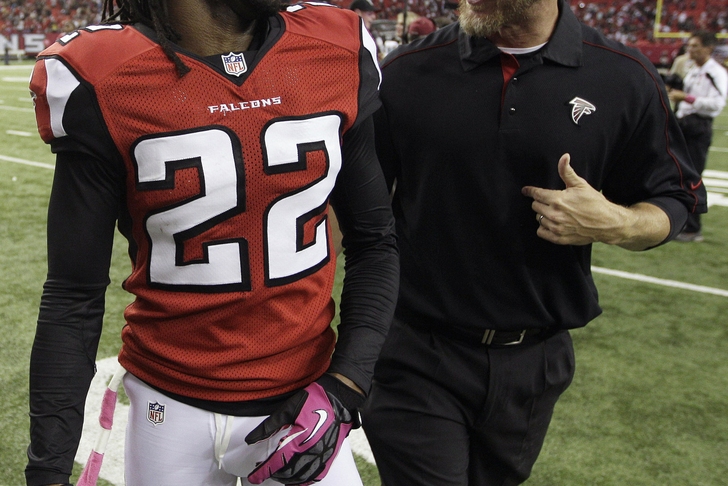 Here is an interesting bit of Chicago Bears rumors just three days into the official NFL offseason--the Bears may be looking to sign a four-time Pro Bowl cornerback here in the very near future.

According to Brett Sobileski of USAToday.com, former Atlanta Falcons cornerback Asante Samuel, who was just released by the Falcons on Wednesday, could be courted by the Bears and several other NFL suitors this offseason--"Playoff-caliber teams that require depth at cornerback could be interested in an one-year deal with Samuels The Denver Broncos, Green Bay Packers, Chicago Bears and even the New England Patriots are all possibilities."

Asante Samuel is 33-years old, and as Sobileski puts it, "an aging cornerback doesn’t always hold value around the NFL." However there is precedent for an older cornerback with a solid resume' to find a solid role late in their careers "as Quentin Jammer and Terence Newman both signed short-term deals in the past two off-seasons. Each was a year older than Samuel currently is when they signed those contracts."

The 11-year veteran could present an intriguing fit for a Chicago Bears secondary which finished just 15th in the National Football League in 2013 with 233.1 passing yards allowed per game.

Samuel suffered both a thigh and a head injury in 2013, posting 29 tackles, 1 forced fumble, and 1 interception in an injury-shortened 11 games for the Atlanta Falcons.