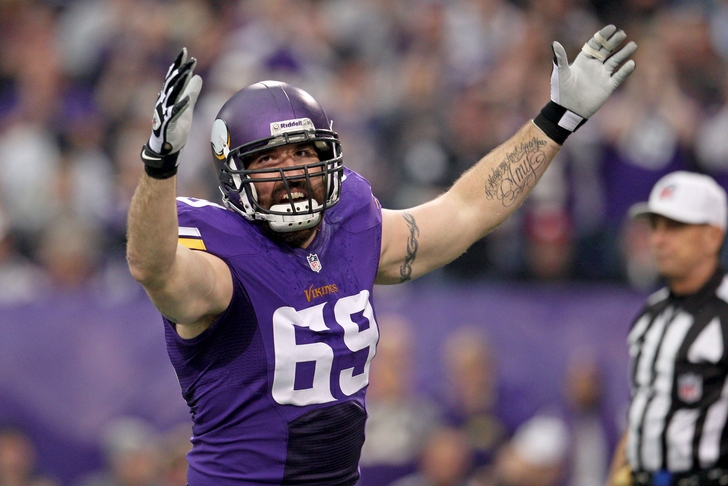 Chicago Bears rumors had a field day with the signing of former Minnesota Vikings defensive end Jared Allen earlier this week. Whether or not the Bears end up regretting the move from a financial perspective will likely hinge on the 2015 season, and not this upcoming season.

Per sources with full working knowledge of the contract, Jared Allen will only make a fully guaranteed base salary of $3 million in 2014.

However, the number jumps up dramatically in 2015, combining a fully guaranteed roster bonus of $11.5 million and a guaranteed base salary to create a guaranteed take home for Allen of $12.5 million.

The newest Chicago Bears pass rusher also has non-guaranteed base salaries of $8.5 million in 2016 and $8 million in 2017. The final year of the contract voids if he has 12 or more sacks in any of the first three of his contracted seasons, and he is on the Chicago Bears' 90-man roster as of June 1st, 2017.

The Chicago Bears can reduce the heft of Allen's cap number for 2015 by converting his roster bonus to a signing bonus.

As it stands, the only thing guaranteed about Jared Allen's new contract with the Chicago Bears is that he will make $15.5 million, or $7.75 million per year, over the next two seasons in the Windy City.