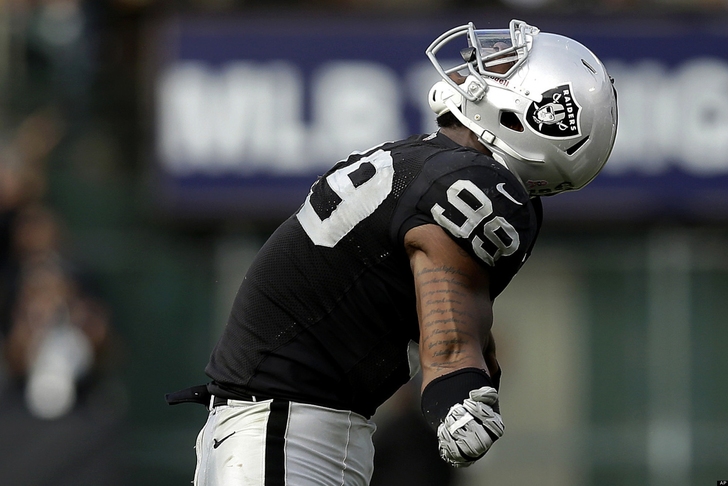 Chicago Bears rumors are completely focused on the defensive side of the ball today, with the Chicago Bears finalizing a deal with arguably the best pass-rusher in the current free agent market.

The 26-year-old Houston proved to be one of the few bright sports in a dismal 2013 season for the Oakland Raiders, leading the team with 69 tackles while forcing two fumbles. The Chicago Bears are hoping that the 6'3", 300 pound defensive end can utilize his physical gifts to make up for the fact that he does not exactly fit into a prototypical mold for a 4-3 defensive end.

Per the Yahoo Sports report, the signing of Lamarr Houston almost guarantees that defensive end Julius Peppers has seen his last snaps as a Chicago Bear.

Julius Peppers was a prized free agent pickup for the Bears in 2010, signing a 6-year, $84 million deal--half of which was guaranteed money.

However, at 34-years-old, the Chicago Bears may be worried that the former 8-time NFL Pro Bowler's best days are behind him. He posted his lowest tackle (31) and sack (7.5) totals in six years--despite starting every game for the Chicago Bears for the fourth straight year.