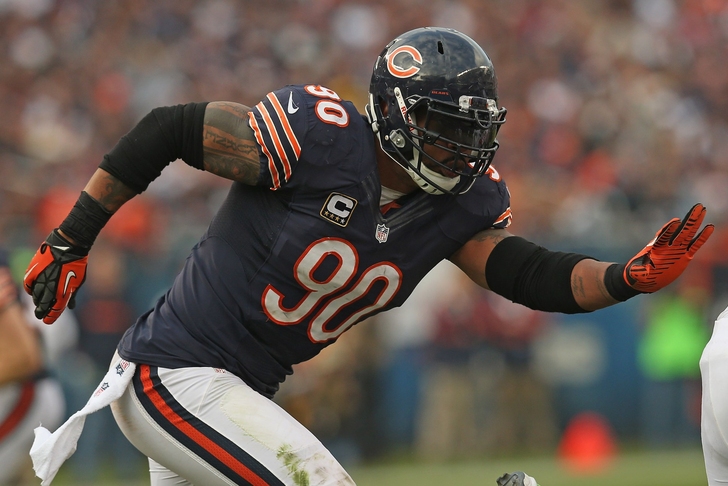 While the world of Chicago Bears rumors expected it, the next bit of news still has a very startling feel to it because of the magnitude of the name being released.

Julius Peppers has been released, according to the team. Not a surprise. But… still a bit jarring.

After the Bears signed former Oakland Raiders DE Lamarr Houston to a 5-year, $35 million deal earlier in the day, many NFL sources were reporting that it signaled the end of Julius Peppers' time with the Chicago Bears.

Peppers was preparing to enter year five of a 6-year, $84 million contract--carrying what would have been an $18.2 million salary cap hit for the Bears if they were to have retained him.

The Oakland Raiders could emerge as a primary suitor for the recently released Peppers, both due to their vast amount of cap space and because of the aforementioned loss of Lamarr Houston.

Julius Peppers started all 64 of the Chicago Bears' regular season games from 2010-13, amassing 38 sacks over that period. His 7.5 sacks in 2013 represented Peppers' lowest sack total since his 2007 season with the Carolina Panthers (2.5).

Stay in-the-know on all the latest in Chicago Bears rumors. Follow our Bears team page today.