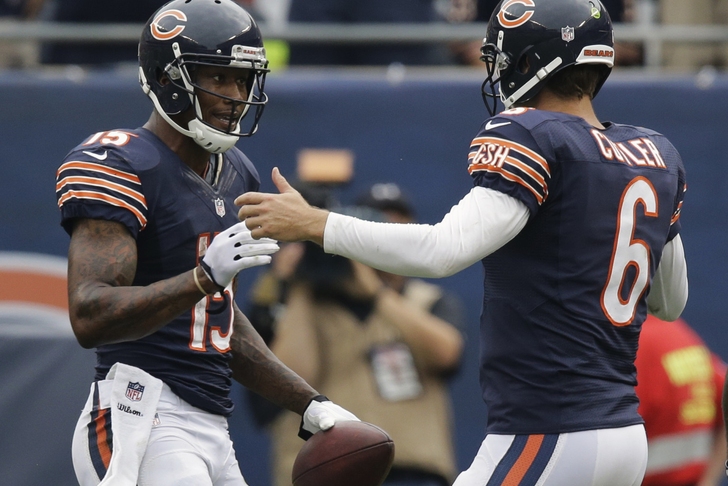 Chicago Bears wide receiver Brandon Marshall has played with quarterback Jay Cutler in both Chicago and with the Denver Broncos early in their careers, and has supported him every step of the way.

Now, he seems to be changing his tune a little bit. Marshall told WMVP-AM in Chicago the he still supports Cutler, but understands the Bears having "buyer's remorse" about the quarterback.

"What I would say is we all know Jay is more than capable of getting it done. It doesn’t always fall on him. I guess that’s why those guys are the highest paid players out there. Because when you win and everything is going good, they get all the glory. And when it’s bad, they take more than what they should take. But I can understand that as far as as a business man, I would have buyer’s remorse, too."

Cutler signed a seven-year, $126.7 million contract with the team in January, but has had one of the worst seasons in his career. He has thrown for 3,446 yards and 26 touchdowns, but also has 15 interceptions and 11 fumbles while the Bears have stumbled to a 5-8 record this season.

Marshall is out for the season with rib and lung injuries, and had his worst production (61 catches, 721 yards) since his rookie year.