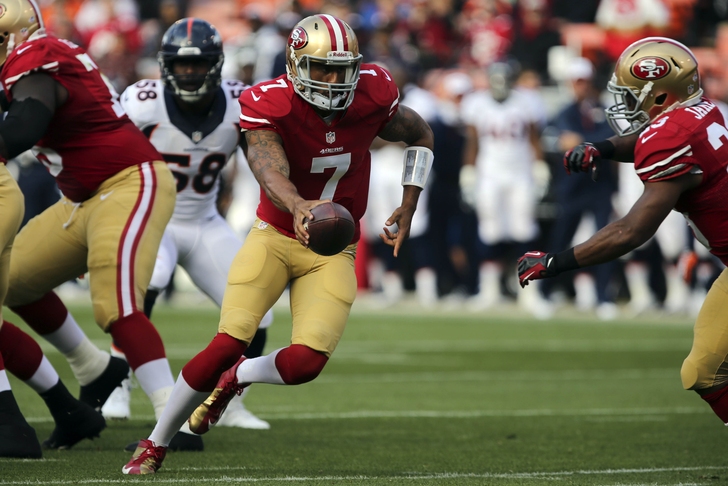 In Bears rumors tonight, the Chicago Bears could find themselves on a list of teams vying for the services of San Francisco 49ers running back LaMichael James via trade.

So posits Sports World Report: "The 49ers have been shopping a trade for LaMichael James ahead of the NFL draft in 2014 and while no deal is imminent, teams like the Miami Dolphins, Washington Redskins, Arizona Cardinals, Chicago Bears, Saints, Dallas Cowboys and Philadelphia Eagles could be in the mix for a deal with the 49ers before the May event.

ESPN.com reports that James isn't pleased with his reduced role in the 49ers' offense, so heading to a Chicago Bears' team where Matt Forte is the locked-in #1 in the backfield may count as a lateral move for the disgruntled running back.

However, James has fallen behind Kendall Hunter on the 49ers' depth chart as well, and might welcome the opportunity to be a true backup (possibly) with the Bears.