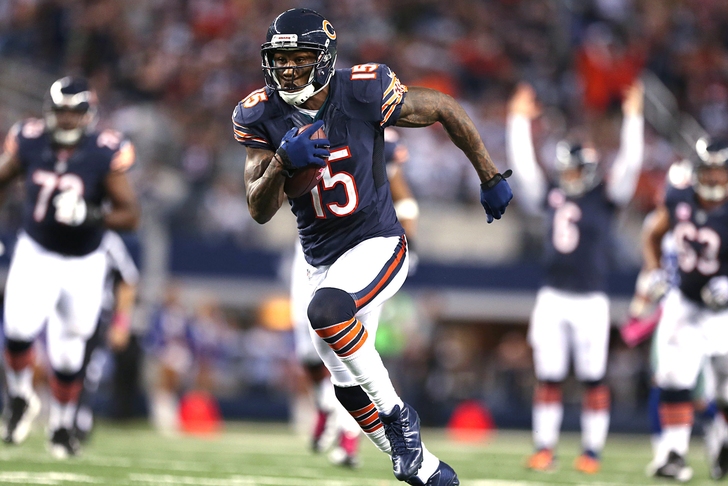 Can't get enough Bears rumors and news? Be sure to download our 5-star iPhone app today!

The Chicago Bears are 3-4 and looking at an uphill climb to get themselves into playoff positioning in the NFC. A frustrating home loss to the Miami Dolphins on Sunday caused quite the ruckus in the team's locker room, bringing a whole new set of questions to mind.

Are Jay Cutler and Brandon Marshall "cool"? Where does Marc Trestman stand after all of this. We look for answers in this latest Bears Rumors Roundup.

After Brandon Marshall reportedly called out Jay Cutler (along with plenty of other players) after Sunday's loss, many wondered aloud if there is a rift growing between the two skill position stars.

Trestman on whether there's a rift between Cutler and Marshall: "I don't see that at all. I think there's a brotherly love involved."

Cutler and Marshall are great friends off the field. In a sport like football where emotions and on-the-field performance walk hand-in-hand, Sunday's fireworks might just be a case of too much steam and not enough venting.

Sunday's loss coupled with the locker room show that followed left David Haugh of the Chicago Tribune wondering if head coach Marc Trestman is the man for the job in the Windy City:

If you think it's hard to get a handle on this Bears team for fans and media, imagine how Trestman feels. He gets paid $3.5 million a year and he still can't figure it out...Something's definitely missing. As an NFL head coach, Trestman is looking more like an average offensive coordinator. Ultimately, he was hired to fix Cutler. How's that going?

If the Bears keep losing and the noise gets louder, be prepared for legitimate questions about Marc Trestman's job security down the road.

As of the end of Week 7, the Chicago Bears stand two games behind co-NFC North leaders Detroit and Green Bay. As of this moment, it looks as if two NFC North teams and two NFC East teams (Dallas and Philly) have solid inside tracks towards occupying four of the conference's six playoff spots.

In order for Chicago to push itself into playoff positioning, they will have to jump at least one of their aforementioned division rivals along with one of the two smoking-hot NFC East teams.

There's also the little matter of the two participants in last season's NFC Championship game (Seattle and San Francisco) sitting just ahead of the Bears in the conference standings.

All this being said, the Bears will likely have to go 7-2 at least to secure a wild-card spot. If the Bears are ready to play desperation football after Sunday's debacle, that's at least a start on what will prove to be a challenging road ahead.