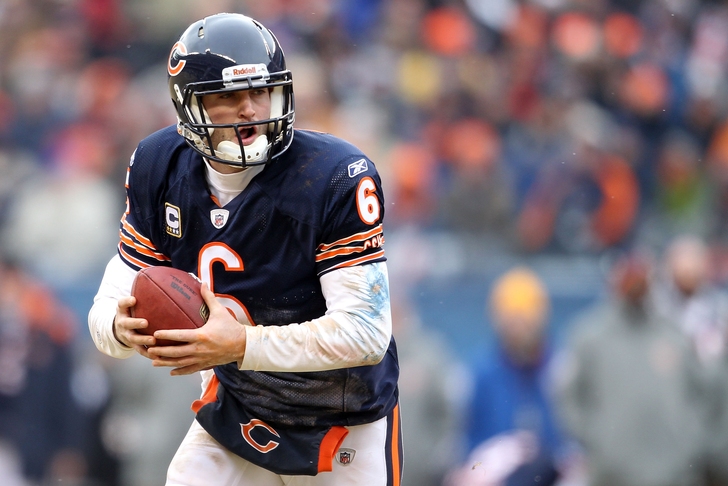 If the Chicago Bears are truly willing to trade quarterback Jay Cutler as some rumors have suggested, they may have to part with more than his contract in order to get a deal done.

Here ESPN's Adam Schefter with his thoughts on what it would take for the Bears to facilitate a Jay Cutler trade:

Several NFL executives believe that it’s possible for Bears QB Jay Cutler to go from being benched to becoming a first-scenario, test-case trade. Never before has a team trading a player also had to give up draft-pick compensation to get rid of him. But some NFL executives believe that with any team having to absorb $25.5 million worth of guarantees in Cutler’s contract, the Bears might have to package a decent draft pick to get another team to take him. NFL rules dictate that nominal compensation must be exchanged between teams, but it could mean another team surrendering a late-round pick to Chicago for Cutler and a better pick. Such a scenario could enrage Bears fans, but to get a team to take on so much guaranteed money that could be used on valuable free agents and contract extensions, the Bears just might have to compensate a team with more than Cutler to do it.

It's obviously early in the 'Cutler being benched' era for trade talks to really take flight, but it's still interesting to see just how much Cutler's contract could hamper his value in a potential deal.