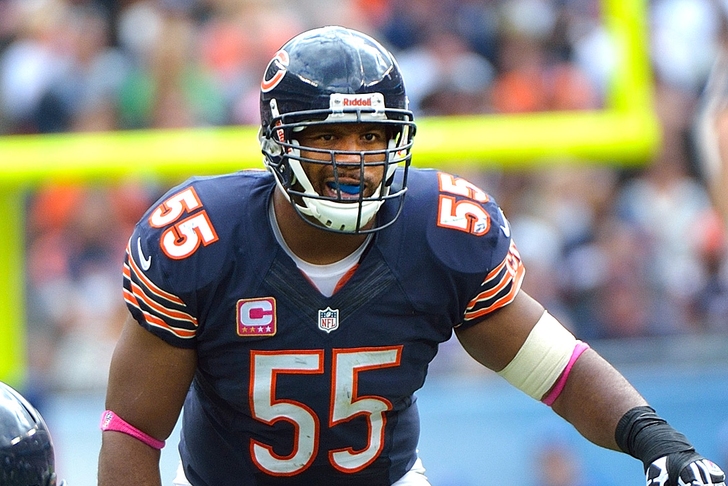 Chicago Bears linebacker Lance Briggs was ready to move on from the Windy City after conversations with former head coach Marc Trestman and GM Phil Emery concluded with him leaving the team in free agency after the 2014 NFL season.

However, despite not having talked with new GM Ryan Pace or head coach John Fox yet, Briggs says the "door is open" for a return in 2015.

"The closure I had there was a different GM, different coach," Briggs said. "My understanding there was this was my last year and I am moving on.

"New GM, new coach, we haven't had those kinds of talks yet. Obviously the door is open until we have that conversation and I know how they feel."

Briggs would also be excited for the opportunity to function as an inside linebacker in new defensive coordinator Vic Fangio's signature 3-4 defense.

"In Vic Fangio's defense, if he has a place for me, I'll play it," Briggs said.

Briggs played in just eight games in 2014, missing three after he was speared in the ribs by a Panthers running back back in Week 5 and five other games with a pulled groin muscle suffered at the end of the year.

However, Briggs wants the new regime to be assured that such injuries are the exception and not the rule in his long, productive career.

"Outside of freak injuries, I've been durable," he said. "I want to play. At this point in my career, I understand a whole lot."