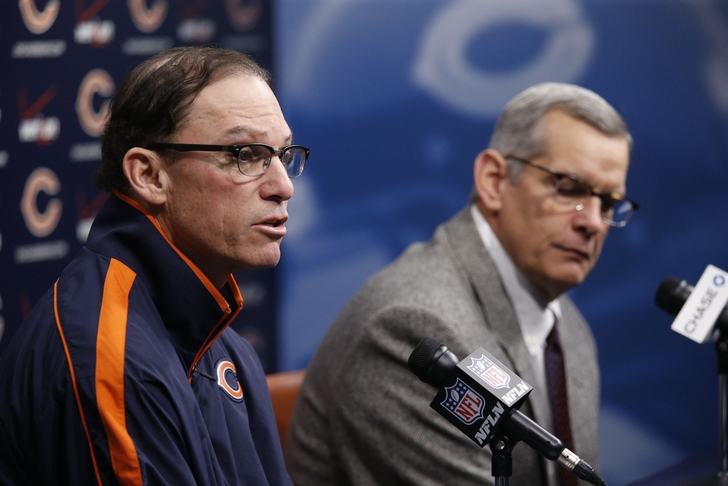 Chicago Bears head coach Marc Trestman has been reported to be on the hot seat by several sources around the NFL, but general manager Phil Emery is still standing by Trestman (at least publicly).

“We have an excellent relationship professionally and personally,” Emery said prior to Sunday's game against the Detroit Lions, via Adam Jahns of the Chicago Sun Times.

Trestman said earlier this week that he consulted Emery twice before his controversial decision to bench Jay Cutler for Jimmy Clausen, and Emery did nothing to refute that by calling the two's relationship "open" and "honest."

As reported by Jahns, "Emery suggested that a “different perspective” may help Cutler while he watches Jimmy Clausen play. Emery, though, believed that Cutler was “professional,” “poised” and “team-oriented” during his remarks last week."

While none of this means that Trestman will be back for the 2015 NFL season, the Bears are at least putting on a good public front in a hairy situation.