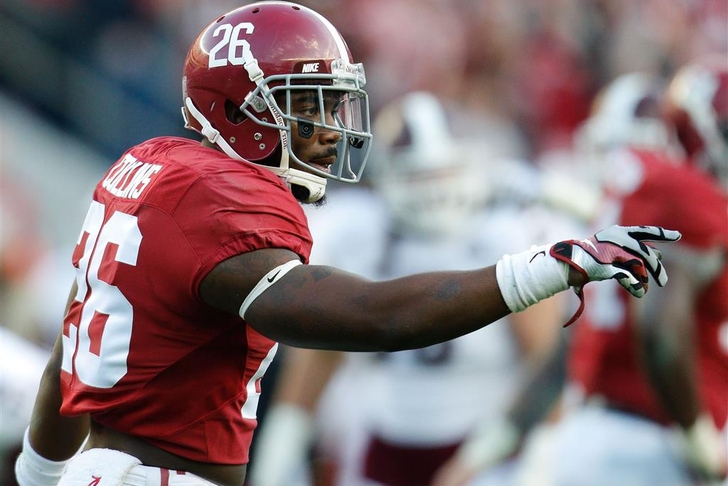 File this one under 'Bears rumors we can't confirm, but they're realistic enough that we're okay with passing them along anyway'.

We're still a few months away from the NFL Draft (round 1 is set for April 30), but the draft rumors are already starting to fly. The Bears need help at quite a few different positions, but safety is one of the most pressing.

Enter Alabama's Landon Collins - not a guaranteed superstar, but a fairly unanimous choice as the best safety in the 2015 draft. Collins is big, versatile, and sees the field well, and he's a nice fit for the scheme Vic Fangio likes to run.

Word on the street is that the Bears like Mizzou's Shane Ray a lot, but they're not at all confident he'll slip to #7. That's right on target for Collins, though, and he's an immediate upgrade at a position where the Bears were badly exposed in 2014.

We're hearing that if Ray is off the board, Collins is 'by far' the most likely pick - not a done deal, but a strong vote of confidence. While a lot can change between now and April, the way this draft is set up (and the way Chicago's current roster is set up) makes a DE or a safety the obvious choice. Since there are three elite DEs projected to go in the Top 5 and one elite safety in the entire first round...well, like we said earlier, it makes a lot of sense.