Bears Rumors: Bears to "panic" if Aaron Donald off draft board at #14? 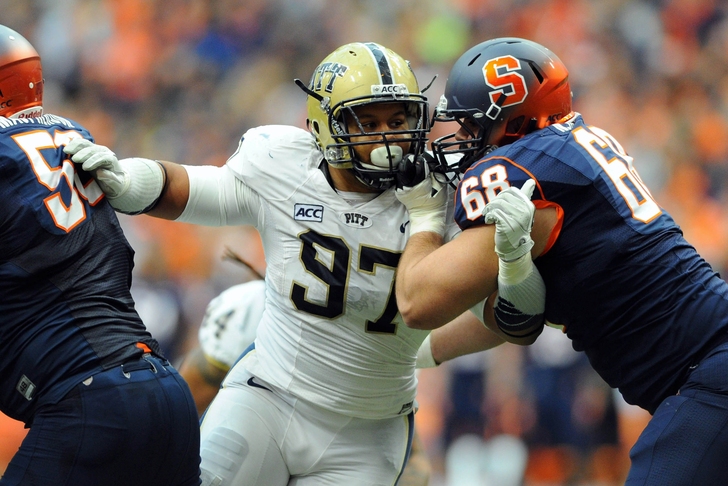 Bears rumors have been busied by the 2014 NFL free agency period, but with May's NFL Draft approaching rapidly, attentions around the Chicago Bears are turning toward the Bears' first-round pick at #14.

According to ESPN draft expert Todd McShay, the Chicago Bears need to have one name on their list and one name only -- Pittsburgh three-technique defensive tackle Aaron Donald.

Per McShay, Donald is the only option that makes any sense for the Bears' defensive plans, and the secondary plan for the Chicago Bears would be to "panic" if Aaron Donald is off the board before the Bears are on the clock.

However, there is a bit of worry to be had if the Bears really think that Donald fits their scheme.

Speaking with the Pennsylvania Gazette, Donald, a lifetime Pittsburgh Steelers fan, isn't exactly fond of the idea of calling the Windy City home -- "If I'm drafted before 15 I won't be happy, but I won't hold out. I know exactly what I'll do because if it's good enough for the pretty boy quarterbacks, it's good enough for me. So make no mistake about it, I'll force a trade if the Bears draft me at 14."

So, is it "panic" time in Chicago Bears land, Bears fans?