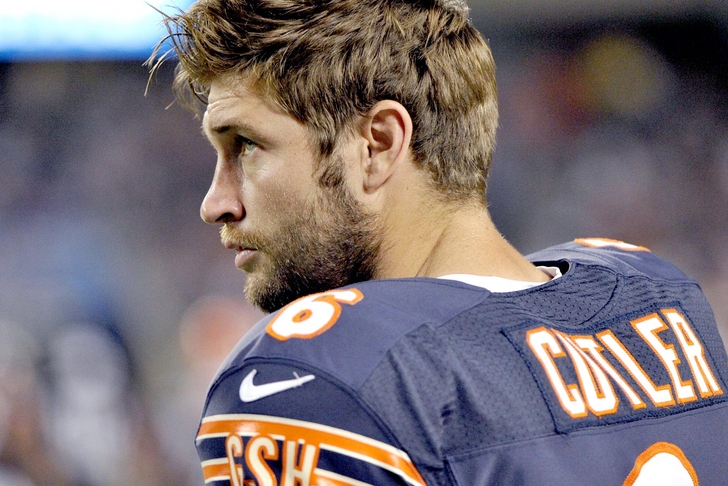 Not only did Chicago Bears head coach Marc Trestman drop a bombshell on fans and members of the media by benching Jay Cutler in favor of Jimmy Clausen on Wednesday, his players found out about the benching likely a majority of the nation did - via Twitter.

“I found out just like everyone else found out, and that was through social media,” Bears  left tackle Jermon Bushrod said, via Patrick Finley of the Chicago Sun Times. “Obviously, (Trestman’s) plan was to tell the team first, but it didn’t work out that way."

While Bushrod was tactful about choosing his words, he was undoubtedly irritated about the way the Cutler benching was brought to the team's attention.

Right tackle Jordan Mills didn't even know that Clausen was the new QB prior to a team meeting on Thursday morning (meant to discuss the move among other things) after spending his night playing PlayStation and studying his playbook.

“Of course it was a little bit of a shock,” Mills said Thursday at Halas Hall, “because I didn’t know it was going to happen.”

Head coach Marc Trestman stated on Thursday that he wanted the team to “hear from me first.” However, only the quarterbacks, his staff, and GM Phil Emery were informed on the off day before the news leaked to social media.

“He was trying not to have that information leaked and present that to the team before everyone found out (Wednesday) night,” safety Ryan Mundy said on Thursday.

Mundy likely found out about Cutler's benching in the weirdest way of all, having been informed of the change while co-hosting his own radio show.

“They dropped that bomb on me,” he said.

When asked about what good could come from replacing Cutler with Clausen, Mundy paused.

“Hopefully a Bears win,” he answered. “I’m not saying that Jay couldn’t deliver a win, but sometimes change can spark a win.

“Maybe we can use this as a rallying point with all the noise that’s coming outside of Halas Hall and all the arrows that are coming at us.”