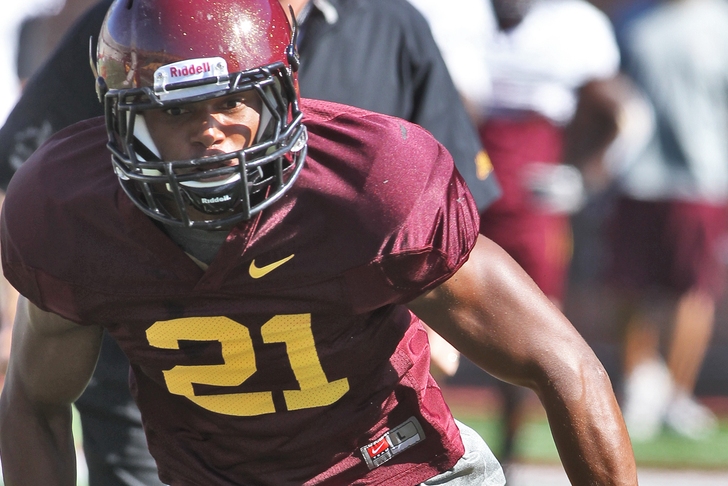 In today's Bears news update, 2014 fourth-round pick Brock Vereen is impressing Chicago Bears coaches so much during OTAs, that he could find himself challenging for a permanent starting job at safety.

According to Jeff Dickerson of ESPNChicago.com, Vereen is a "serious contender" to take away a starting gig from one of the veterans on the squad.

"Vereen took all the first-team reps at safety alongside free-agent signee Ryan Mundy on Wednesday, as veterans Chris Conte and Craig Steltz continue to be sidelined due to injuries. M.D. Jennings and Danny McCray handled the reps on the second team," writes Dickerson in a post published on Thursday.

Vereen is doing everything in his power to keep his mind on the task at hand, rather than the possibilities down the road.

"I wouldn't say [I'm] shocked [by the starters reps], but I know nothing is set," Vereen stated. "I'm just coming in and working hard. If that gets me on the field, then so be it.

"It's really starting to slow down for me out there. Now I'm able to react rather than to have to think about it," he added.

Vereen played at multiple positions in the secondary during his time at the University of Minnesota, but projects as a free safety at the NFL level.