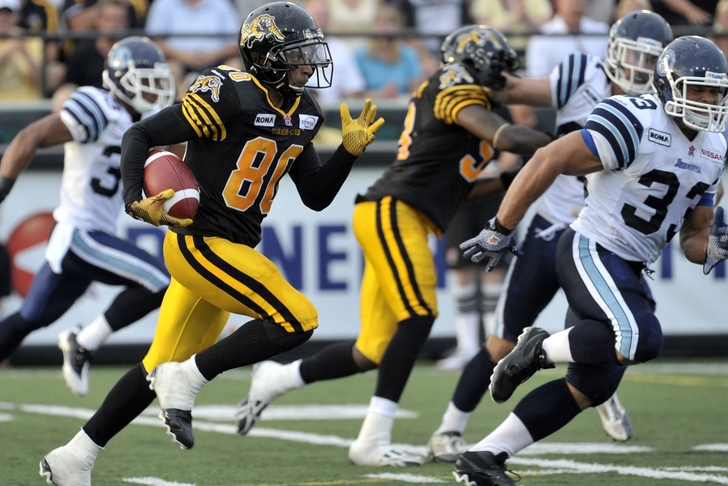 In Bears news today, one of the Chicago Bears' recent acquisitions is now being tasked with replacing one of the greatest scoring threats in the history of the Bears franchise.

Per Brad Biggs of the Chicago Tribune, wide receiver/ kick returner Chris Williams is the first in line in attempting to replace Hester's extraordinary production in his time with the Bears --

"Hester, the most dynamic returner in NFL history, has moved to the Falcons for the next chapter of his career, and Williams is someone general manager Phil Emery's front office identified as a replacement before last season ended. The Bears tried multiple times to lure him from the Saints practice squad before finally getting it done Dec. 26, three days before the final game of the season."

Williams did have an amazing career in the Canadian Football League, setting records as a kick returner. However, many people still wonder if the work he did in the CFL will carry over to his time with the Chicago Bears.

"Being a big-time producer is not something that is new to me," Williams states in the Chicago Tribune article.

"For me to have an extended role in the offense would be awesome. Whatever the coaching staff wants me to do, I am more than willing. That is really the bottom line."