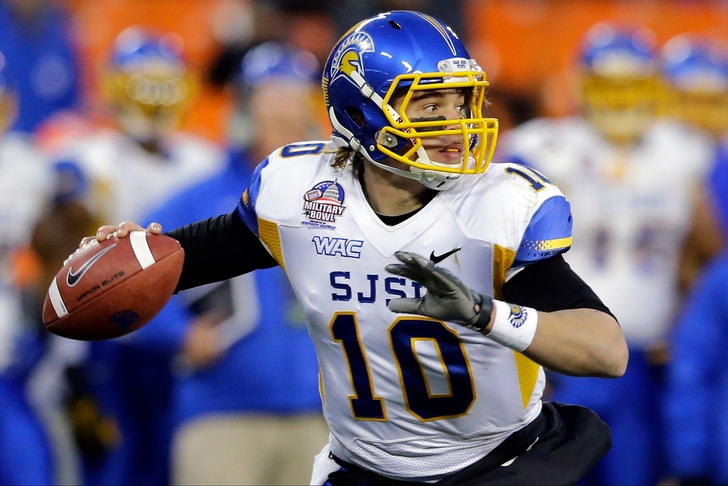 In tonight's Bears news update, former San Jose State standout quarterback David Fales seems to be gaining the trust of Chicago Bears fans as the man to back up Jay Cutler at quarterback.

Pro Football Rumors is currently running a poll asking fans who they think should be the backup quarterback for the team after Josh McCown's exit via free agency this offseason to the Tampa Bay Buccaneers.

Jerrod Johnson brings up the rear with 9.52%.

As Pro Football Rumors' Peter Sowards puts it, "whoever wins the spot has big shoes to fill — McCown shined bright last season filling in for an injured Jay Cutler, leading the league in fewest interceptions per throw and winning three of five starts. The biggest reason for his success, per quarterbacks coach Matt Cavanaugh, was the relationship he shared with Cutler."

Be sure to place your vote at the link above and make your voice heard.