Bears News: Jay Cutler speaks out, was "shocked" and "disappointed" after losing job 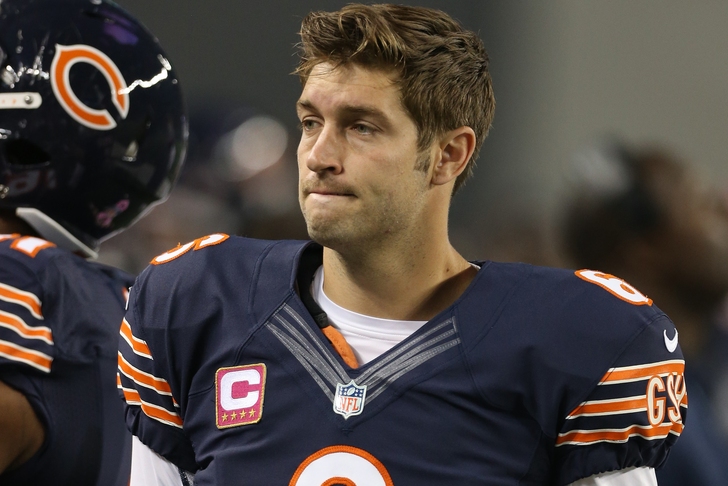 The Chicago Bears made perhaps the most shocking quarterback change of the year on Wednesday, benching franchise quarterback Jay Cutler in favor of Jimmy Clausen for Sunday's home game against the Detroit Lions.

Addressing the media on Thursday, Cutler said he was "shocked at first, then disappointed.

When asked about whether or not he could play for coach Marc Trestman again after being benched by the first-year Bears coach, Cutler replied: “Yes, . . . I think I could. I definitely could.”

Just a moment later, he added “I think we’d have to figure some things out in the offseason," before calling Trestman “a heck of a quarterback coach.”

Cutler is also very aware of just how tricky his situation is due to his massive contract, and said as much during the press conference.

“There’s a lot of money in my contract,” he said. “And that comes with a lot of expectations.”

Cutler may not have handled the initial shock of losing his job the best on Wednesday, but he appears to have at least come to terms with the situation after his comments at Thursday's presser.