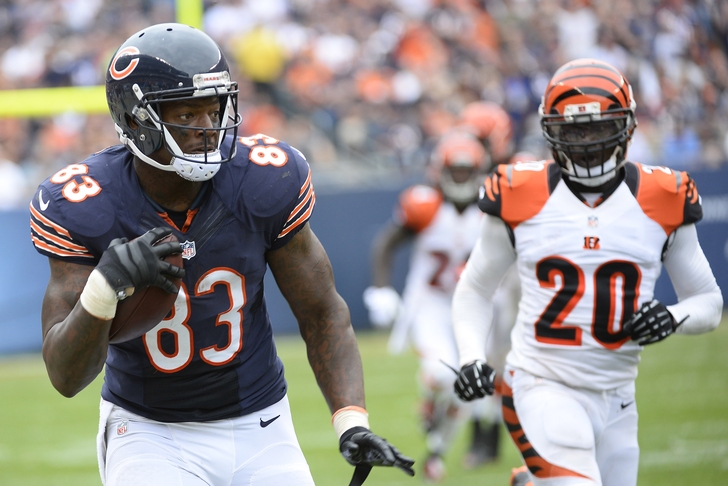 In this Bears news and rumors update, Chicago Bears tight end Martellus Bennett talks to his brother, Michael, every day. However, he won't have to pick up a phone during Friday's game against the Seattle Seahawks.

Michael is a defensive end for the Seahawks, having been re-signed by the club during this recent offseason.

Per Bob Condotta of the Seattle Times, "by Michael Bennett’s reckoning, the game will be the fourth time the two have played against each other in the NFL." The last time the two met in head-to-head competition was two years ago when Michael played for the Tampa Bay Buccaneers and Martellus was with the New York Giants.

Michael didn't record a tackle of Martellus during that contest. However, Michael has had to level his brother before on the football field.

“I just tackle him, get him down the right way,” he said, laughing, via Condotta's article on Thursday. “I’ve got my niece to look after.”

Don't get Michael wrong, however - he's excited to line up against his brother on Friday.

“It’s going to be fun," he stated. "It’s one of those things where you are going against your brother. You want to whup him. You want to beat him."

"And hopefully nobody gets hurt."