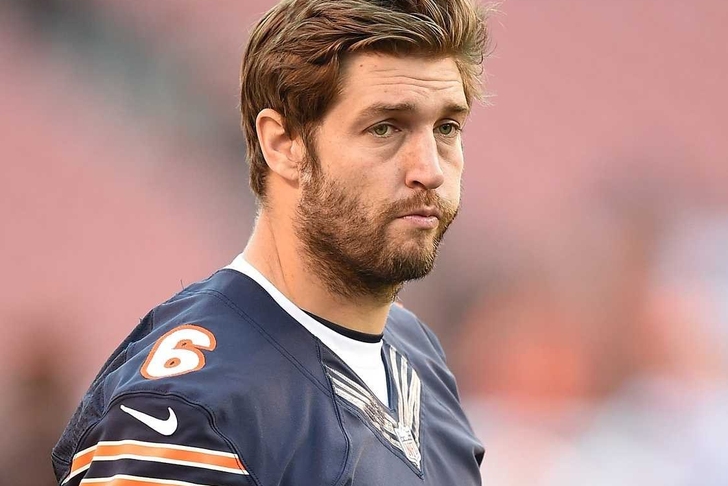 The Chicago Bears have decided to sit Jay Cutler after his poor performance against the New Orleans Saints, and former Notre Dame QB Jimmy Clausen will start in his place against the Detroit Lions on Sunday. Cutler threw three interceptions and was given an overall QBR of 6.8 against the Saints on Monday Night Football.

Bears HC Marc Trestman admitted that he hasn't been able to bring the best out of Cutler:

“I think that’s evident I haven’t up to this point,” Trestman said. “Am I working at it? Yes. We’ve seen moments, but we haven’t done it on a consistent basis. I can’t hide from that.”

Cutler is the highest-paid offensive player in the NFL, earning $17,500,000 this season.

Clausen, who spent 2010-2013 with the Carolina Panthers organization, hasn't started a game since his rookie year. He played in one game this season after Cutler was pulled, but otherwise hasn't seen live game action in over three full seasons.