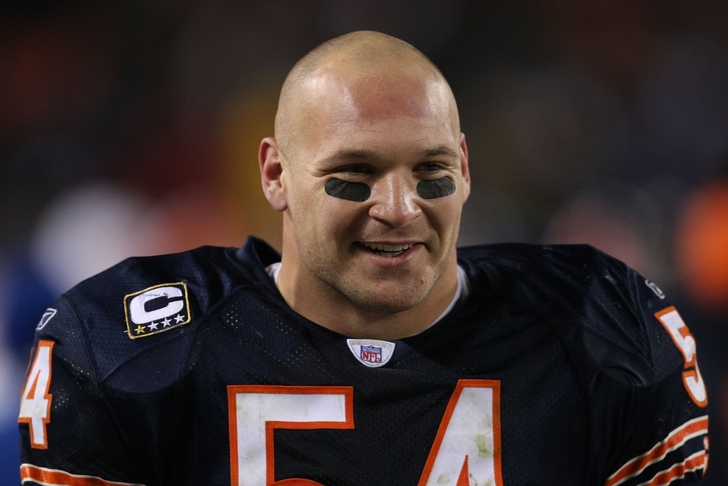 Former Chicago Bears star linebacker Brian Urlacher's disdain for former general manager Phil Emery is no secret, but he finally opened up about it in detail during an interview on WSCR-AM (670) on The Spiegel and Mannelly Show on Friday.

Via Rich Campbell of the Chicago Tribune:

"I’m a huge fan of the McCaskeys. I’ve always said that, never quit saying that. I’m going to keep saying it. But there was one guy that I had a problem with, and he happened to be the guy that was everyone’s boss.

"And I think he had more problems than just drafting, by the way. So I wouldn’t just stop there with his issues. Not to beat a dead horse or anything, though."

Urlacher's feelings only got worse towards Emery during his well-publicized contract stalemate in 2012:

"If he came to me and said, ‘Hey man, look, we don’t think you’re the same.’ Which, I wasn’t the same player. After my knee got hurt, I was a little bit slower and older. I agree. But I still wanted to play. I feel like I could have still played. With another year of rehab on my knee, I probably could have played one or two more years.

“Hell yeah, I can do it. If you handle it like that, 100 percent I can do it, you know? But the way it was handled — ‘This is the offer, take it or leave it. You have till tonight to decide. If you don’t want it, we’ll get somebody else. And then we’re going to tweet it out right when you say no.’ It’s over with now. I’m happy I’m retired.”