Bears Locker Room Explodes After Sunday's Loss To The Dolphins 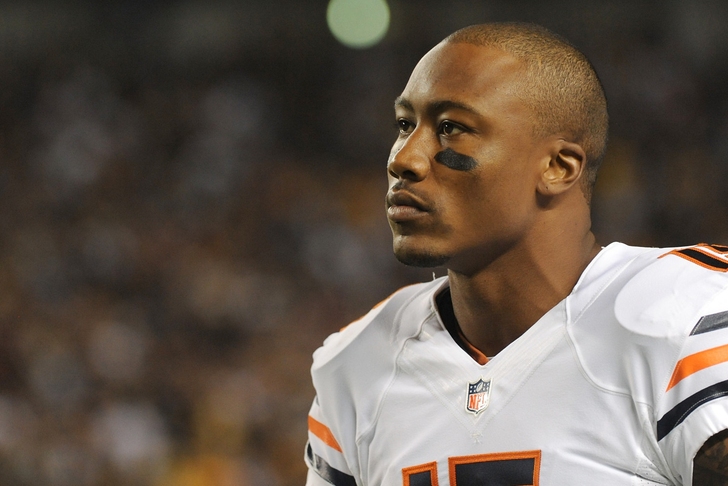 The Chicago Bears lost an ugly one to the Miami Dolphins at Soldier Field on Sunday, 27-13.

Per Jeremy Stoltz of BearReport.com, it got even uglier when the team returned to their locker room after the game:

The beginnings of Sunday's locker room fireworks could possibly be traced to WR Brandon Marshall's visible frustration at the end of Sunday's contest:

According to Dan Bernstein of CBSChicago.com, Marshall was in the middle of all of the postgame commotion:

In a surprise to nobody, I'm told it was Marshall in the middle of the postgame locker room scene. #Bears — Dan Bernstein (@dan_bernstein) October 19, 2014

NBCChicago.com's Peggy Kusinski reportedly heard this when standing outside of the locker room doors:

Loud yelling heard from outside #Bears locker room "when you play with heart!... It's suppose to hurt" .. Then "you just kick the ball" — Peggy Kusinski (@peggykusinski) October 19, 2014

As reported by ESPN Chicago's Jeff Dickerson, the players were already in a foul mood after being booed by their home fans at halftime:

Players were unhappy being booed by home fans coming off the field at halftime. — Jeff Dickerson (@ESPNChiBears) October 19, 2014

Regardless of what exactly set off this particular fracas, ESPN's Michael C. Wright pointed out a possible rift in communication between coach Marc Trestman and his veteran leadership:

Trestman's first-half game plan was bashed viciously on social media for being extremely one-dimension. The Bears' pass-happy attack faltered en route to a 14-0 halftime deficit they would never recover from.

Stay tuned to Chat Sports and our Chicago Bears team page for all the latest on this locker room scuffle.