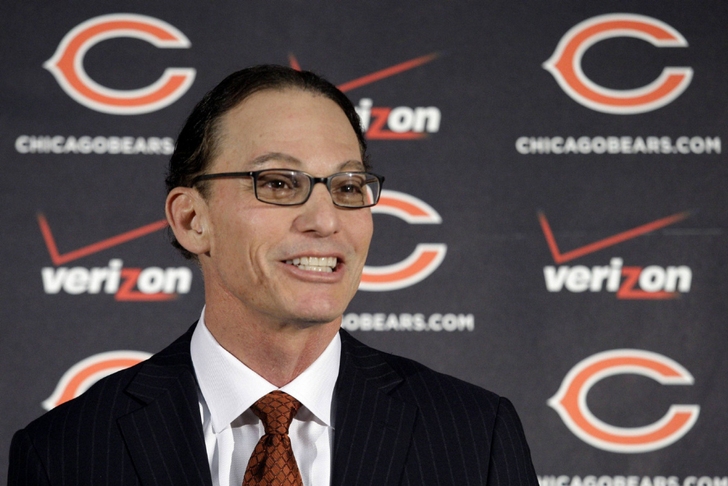 The Chicago Bears completed a clean sweep of their head coach and general manager positions on Monday morning, firing both Marc Trestman and Phil Emery per a report by ESPN Chicago's Jeff Dickerson:

Both Phil Emery & Marc Trestman have been fired. Busy day coming up at Halas Hall.

Trestman spent just two seasons with the Chicago Bears, finishing with an overall record of 13-19. A 5-11 record in 2014 mixed with reports of having lost the locker room proved to be too much for Trestman to overcome heading into the offseason.

Check out the top 10 replacement candidates for Marc Trestman!

Emery, on the other hand, became the Bears' GM in 2012 after serving as the Kansas City Chiefs' director of scouting from 2009-11. Calls for Emery's job have intensified over recent weeks, and questionable personnel decisions along with his backing of Trestman likely proved his undoing in the Windy City.

Stay tuned to Chat Sports for the latest on Trestman and Emery's firings, including information on the Chicago Bears' searches for a new head coach and general manager.