Apparently The Chicago Sun-Times Doesn't Care About The Bears Anymore 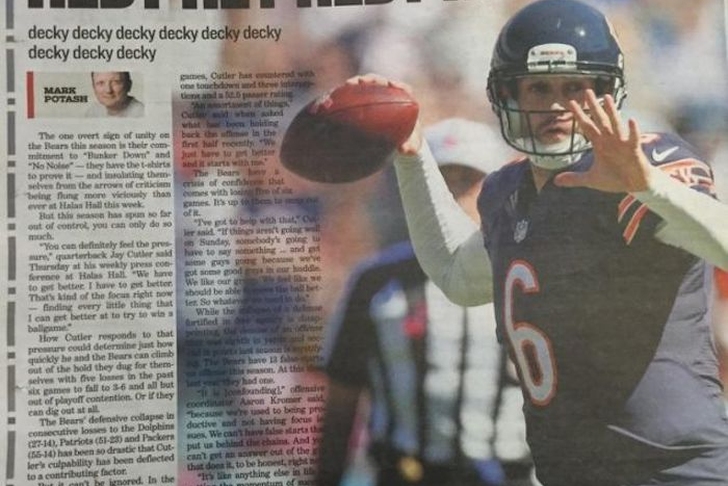 The Chicago Bears have gotten off to a disappointing 3-6 start to their season that has fallen well short of expectations, and they seemed to hit rock bottom this past weekend with a 55-14 loss to the Green Bay Packers on Sunday Night Football.

Many fans have angrily voiced their frustrations this week and have given up on this team, and it appears the Chicago Sun-Times has done the same this today's newspaper. As funny as it would be if they meant to do that, it was actually just a printing error.

@BenFinfer @JulieDiCaro Because I know you're dying to know the headline (was like that in our system) pic.twitter.com/kScuOpmeUw

The Bears return to the field this Sunday against the Minnesota Vikings.

Brandon Marshall Wants To Fight Guy On Twitter For 25K

The Bears Can Dump Jay Cutler's Contract After The Season