5 Things That Will Decide The Rest Of The Bears' Season 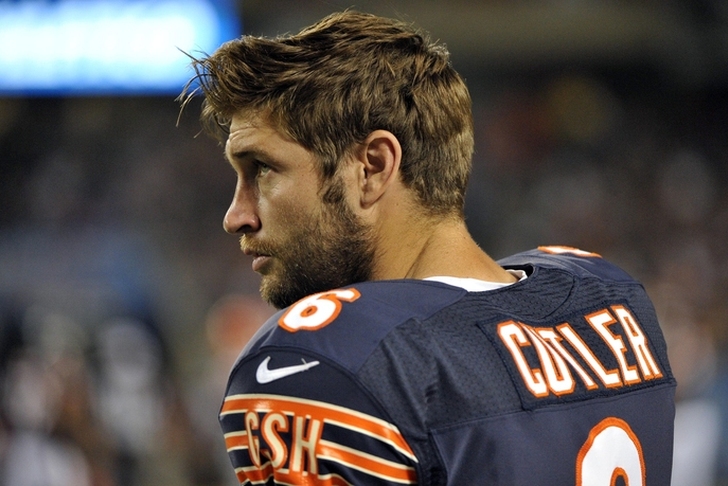 The Chicago Bears are 2-4 and in desperate need of a turnaround in order to get this season back on the NFL Playoffs track. Here's the five things that will decide the fate of their 2015 season going forward.

Cutler's hamstring injury earlier this season reminded Bears fans just how valuable Cutler is when he's a) in the lineup and b) in the groove. Chicago's offense is predicated on Jay Cutler's distribution, and Chicago's chances at pushing their way back into the playoff race hinge on him being both available and effective.

The Bears secondary has been fantastic this year, giving up just 220 passing yards per game (6th in the NFL). However, Chicago is 27th in the league with 124.8 rushing yards allowed per contests, as they've been routinely gashed on the ground both between the tackles and on the edges. As the weather gets colder, it becomes imperative for Chicago to fix its broken run defense and start holding pat on first and second downs.

Forte remains the Bears' most consistent weapon, both as a traditional running back and as a receiver from the backfield. The Bears will go as far as Forte can carry them on offense -- especially when "bad Jay Cutler" makes his periodic appearances.

The Bears have a relatively balanced schedule left when it comes to both top-tier teams and also-rans, with a rough short week stretch from November 22nd to the 26th when Chicago hosts the Broncos on a Sunday and travels to Lambeau the following Thursday. If Chicago somehow survives that with two wins, the season can turn around in an instant.

Chicago is behind the eight ball at 2-4. No matter what they do over the next 12 games, they'll need some help from other NFC contenders when it comes to blowing winnable games. The Bears can do their part by winning out or winning most of their remaining games, but they'll still need help.