4 Reasons The Chicago Bears Are Guaranteed To Make The Playoffs 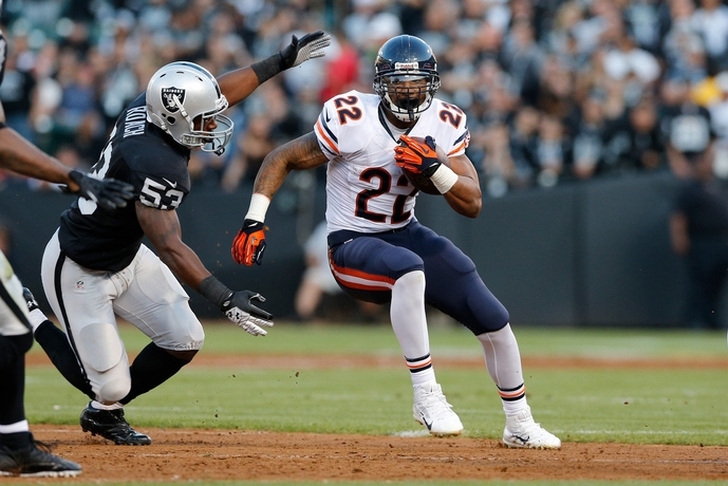 The Chicago Bears haven't made the playoffs since 2010 and have seen their wins drop each of the last three seasons. That decline resulted in a new coaching staff coming to Chicago. The NFC North is a tough division, but don't write off the Bears quite yet. Here are four reasons why the Bears will make the playoffs this season.

The 3-4 defense that's being installed by new coordinator Vic Fangio will look drastically different for Bears fans, but that's a good thing. Several new players are great fits for the defense, including rookie Eddie Goldman and end Jarvis Jenkins. Jay Ratliff had success in the 3-4 scheme when he was in Dallas. The biggest new piece might end up being Pernell McPhee. The former Raven OLB had 7.5 sacks last season, despite playing limited snaps. The Bears might have found a stud.

Cutler might be the butt of many jokes, but he's still a talented QB. His focus and attitude might not be the greatest, but the right coach could still get the best out of him. The Bears might have that coach, and if they do, Cutler can have the type of season he's always had the potential to put together.

New head coach John Fox has brought a great staff with him to Chicago. New offensive coordinator Adam Gase might be the coach to get the best out of Jay Cutler. At this point, if Gase can't do it then no one can. Remember that Cutler's best seasons came under Mike Martz, who mentored Gase. Both Gase and Fangio were rumored for head coaching jobs last season. If the Bears get to the playoffs, they might end up as head coaches this time next season.

Forte might be 29, but his legs are still young because of the West Coast offense the Bears ran in previous seasons. Catching a ton of passes like Forte did is easier on the body than getting lit up by 300-pound lineman. The best scenario for the Bears is for Forte to have a DeMarco Murray-type workload, which will take some of the pressure off Cutler. If that happens, the Bears will surprise some teams.

Follow our Chicago Bears team page for all our latest Bears news and rumors!