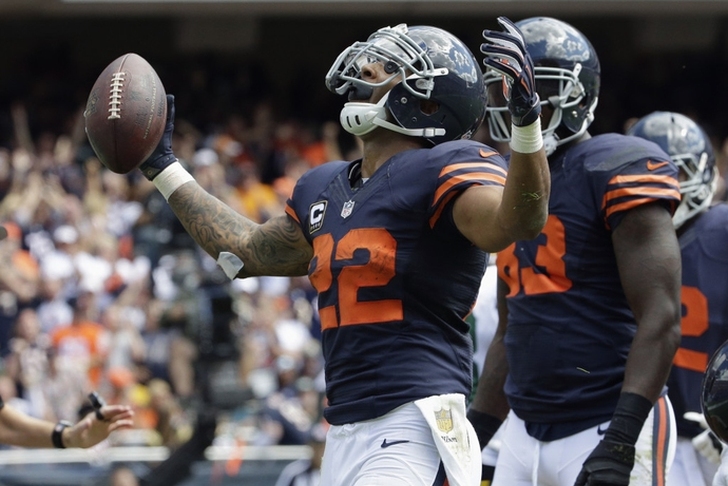 The Chicago Bears may have lost to the Packers in their season opener, but they managed to turn some heads with their impressive performance. Now they look to get their first win of the year against the Cardinals - here are three reasons why they'll do just that on Sunday:

Chicago had a hard time extending drives last season, mostly because they struggled on third down. That was far from the case in their opener as they converted 11 of 17 attempts against the Packers, and that allowed them to control the game. They need to continue to convert third downs against the Cardinals to wear down Arizona's defense, which will pay major dividends late in the game.

2) Arizona's lack of a running game

The Cardinals will be without starting running back Andre Ellington against Chicago, leaving Chris Johnson as their starter. That's bad news for Arizona as Johnson has only scored one touchdown in his last 17 games and is averaging under four yards per carry over the past three seasons. Carson Palmer will be relied on the carry the offense, and chances are he won't be able to match Chicago's offense.

Forte might be 29, but his legs are still young because of the West Coast offense the Bears ran in previous seasons. Catching a ton of passes like Forte did is easier on the body than getting lit up by 300-pound lineman. The best scenario for the Bears is for Forte to have a DeMarco Murray-type workload, which will take some of the pressure off Cutler.

That was the case against the Packers, as he rushed for 141 yards and a touchdown on 24 carries. Arizona has one of the best secondaries in the league, but Forte's production will be enough to keep the offense moving.