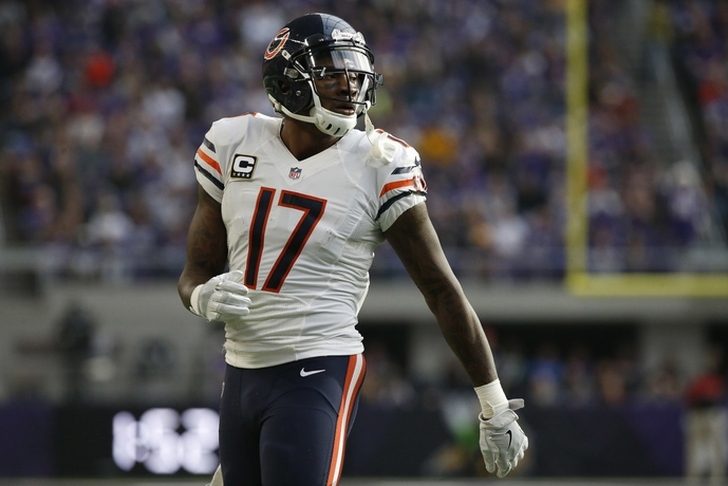 The Chicago Bears are heading into a crucial offseason as they try to rebound from a dismal 2016 season. As such, they need to make some big decisions on the future of some of their key free agents. Here are the three key Bears players who are free agents this offseason:

Chicago is in full-on rebuilding mode, and after franchising Jeffery last year, the Bears are unlikely to use the tag on him again - and they're also unlikely to give him the high-priced contract he'll demand on the open market (in part due to his four-game suspension this season for violating the league's performance-enhancing drug policy). Still, he's an elite red zone threat and a very good wide receiver at just 26 years old. The Bears would like to re-sign him - for the right price.

Chicago plans to part ways with Jay Cutler, and their other three quarterbacks on the roster - Hoyer, Matt Barkley and Connor Shaw - are all free agents. They're expected to draft a quarterback somewhere in the draft (potentially with the No. 3 overall pick), but whoever they draft won't be ready to start immediately. They'll need a veteran signal caller under center to help bridge the gap, and Hoyer is as good of a candidate to do that as anyone.

The Bears claimed Banks off waivers last season, thinking he'd be a great fit in their defensive scheme. However, he played in just two games with Chicago, arriving too late in the year to really make an impact. Chicago will likely give him a one- or two-year deal to see what he can do with group after a full offseason.